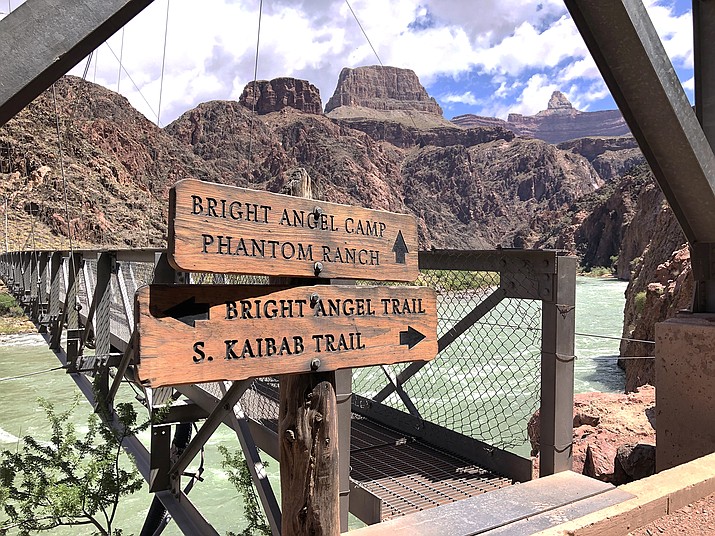 The heat warning is for areas below 4,000 feet elevation at the Grand Canyon. The Grand Canyon is one mile deep, the average elevation on the South Rim is around 6,800 feet (2,072 meters). The elevation of the Colorado River, at the bottom of the Canyon, averages around 2,200 feet (670 meters).

On June 24, the park reported that the upper canyon is seeing temperatures of 90°F (32°C), or more and said those hiking can expect the air around the Colorado River to be at least 105°F (40.5°C). Because the rock walls forming the Canyon trap and reflect heat, temperatures at the bottom of the Canyon are currently around 130°F (54°C).

“That means that we are recording trail temperatures of about 115°F (46°C),” the park reported on its Facebook page.

NPS stated that many visitors have had issues recently, from heat exhaustion to heat stroke.

On June 20, Phantom Ranch rangers responded to a river runner experiencing heat illness and fatigue on a Colorado River trip. The river runner drank an excessive quantity of water, leading to hyponatremia and an altered level of consciousness. The park's helicopter and ambulance transported the patient to Flagstaff Medical Center for treatment.

On June 21, Indian Garden rangers responded to a hiker experiencing an altered level of consciousness on the Bright Angel Trail. When rangers arrived they observed the hiker was in heat stroke and immediately used active cooling measures. The patient was also transferred via helicopter to the Flagstaff Medical Center.

Additional incidents were reported over the weekend that involved assists for hikers experiencing heat exhaustion on both the Bright Angel and South Kaibab trails.

Rangers are strongly urging visitors who plan to hike in the Canyon take extra precautions and hike smart. Hikers should hike before 10 a.m. and after 4 p.m., rest in shade whenever possible, and avoid hiking during the heat of the day. Rangers advise that anyone hiking in heat needs to balance food and water intake, drink when thirsty, and get wet to stay cool.

All visitors should ensure they are drinking plenty of fluids, resting in shade during the heat of the day, and watching for signs of distress in traveling companions.

Visitors are also reminded they should be prepared to self-rescue while on the Canyon's trails and recreate responsibly while visiting the park.

More tips and information about hiking smart in the heat is available at https://www.nps.gov/grca/planyourvisit/hike-smart.htm.