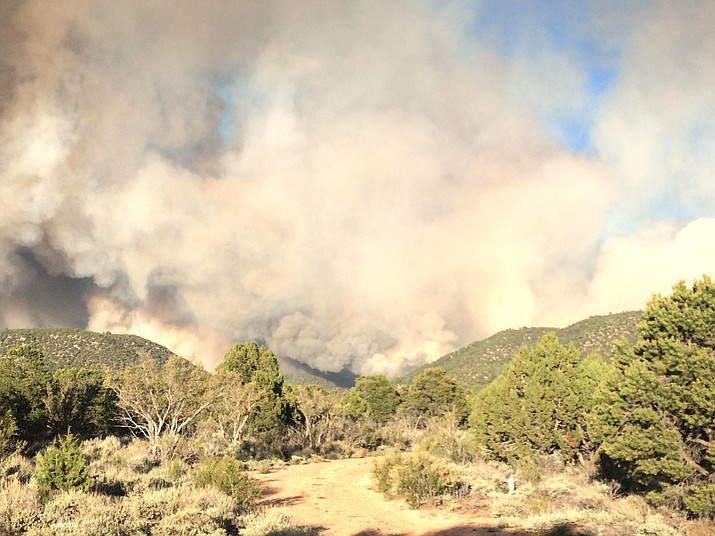 Smoke produced from the Mangum Fire on the North Kaibab Plateau June 12. As of June 16 the fire had grown to 29,689 acres. (Photo/U.S. Forest Service, Kaibab National Forest)

As of June 16, the fire has consumed more than 29,689 acres and was three percent contained. There are currently 508 personnel assigned to firefighting efforts, according to Kaibab National Forest. 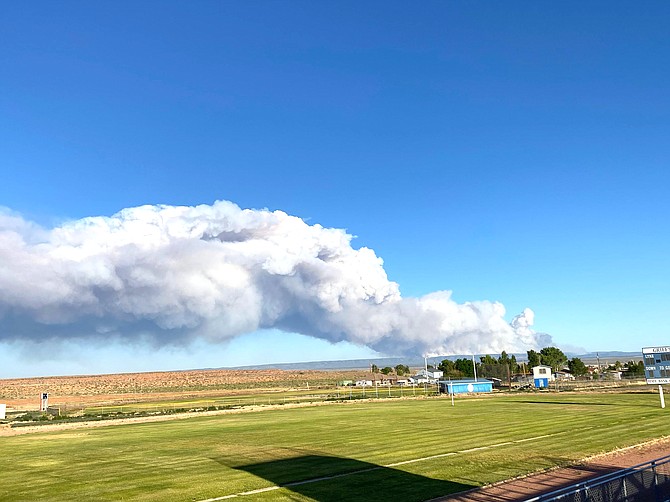 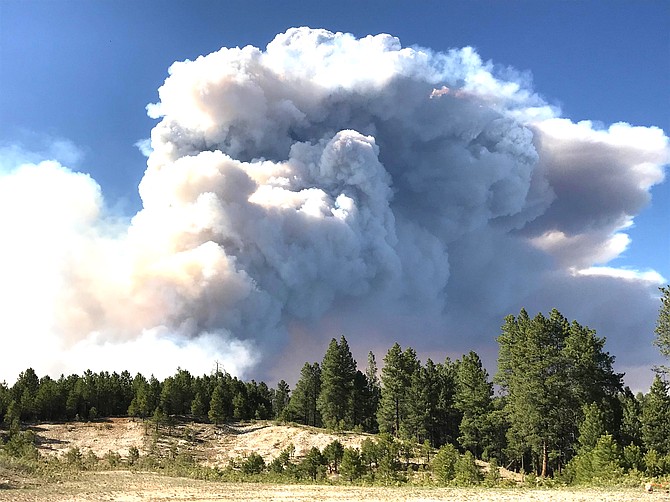 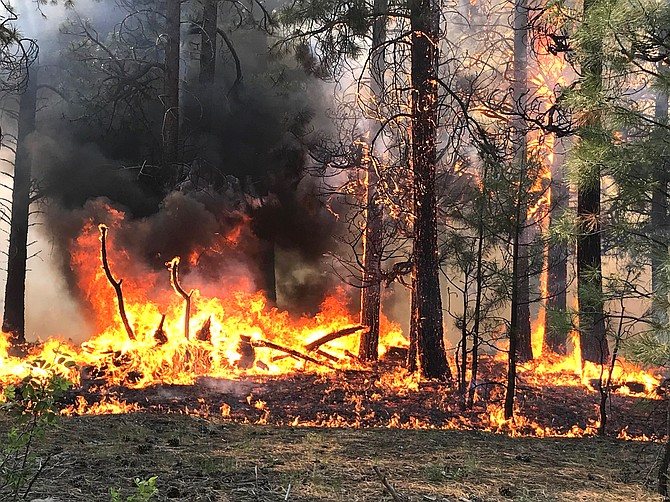 On June 12, Coconino County Sheriff’s Office along with U.S. Forest Service personnel evacuated the Jacob Lake area after Forest Service officials deemed the fire had reached a point where it became a threat to residents and visitor safety. However, on June 15, forest officials announced the risk had diminished for the Jacob Lake community but the evacuation order was still in place. Approximately 230 people were evacuated with another 50 visitors escorted out of the area over the weekend.

In addition to the evacuation, Grand Canyon National Park announced a temporary closure of the North Rim June 12. The park will remain closed until further notice.

The Mangum Fire is located on the Kaibab National Forest and is not within Grand Canyon National Park at this time.

Smoke from the Mangum Fire is visible from both the North and South Rims of the park. Visitors to the area may see increased smoke or haze filling the Canyon.

On June 13, the Mangum Fire was pushed north by strong gusting south winds and blowing embers created spot fires up ahead of the main fire, breaching control lines. Ten additional linear miles were added to the fire’s length.

On June 14, red flag conditions composed of high wind, low humidity, high temperature, and an unstable atmosphere created very active fire behavior. The structure protection group continued working to create additional defensible space around structures and used burn outs intended to divert the blaze around Jacob Lake. They were aided by a large number of fuels reduction projects around Jacob Lake that have been accomplished during the previous five years.

On June 15, crews continued to construct fire line to minimize the fire’s northward movement northeast of Highway 89A. Crews will work to attempt to secure fire’s spread near Little Mountain.

As of June 16, firefighters are attempting to tie a June 15 spot fire near Lefever overlook into the perimeter. Jacob Lake structure protection resources will continue working around the community. Around the rest of the perimeter, efforts to secure fire’s spread near Little Mountain continue. Crews are patrolling, holding and improving less active sections of the line to the south.

The fire is being managed utilizing a full suppression strategy, employing tactics that minimize impacts to important values at risk.

“The safety of firefighters and the public remain our number one priority,” a release from the Forest Service stated.

The cause of the fire remains under investigation.

Under Stage 2 open fires including campfires, charcoal, or wood fueled flames are prohibited. Gasoline or propane stoves remain allowed if operated in an area clear of vegetation. Smoking is prohibited, except within an enclosed vehicle or building, a developed recreation site, or while stopped in an area at least three feet in diameter that is barren or cleared of all flammable material.

Effective June 13, Kaibab National Forest will also temporarily close the Bill Williams Mountain watershed just southwest of the city of Williams because of the area's susceptibility to uncharacteristically severe wildfire and the post-wildfire flooding that would result.