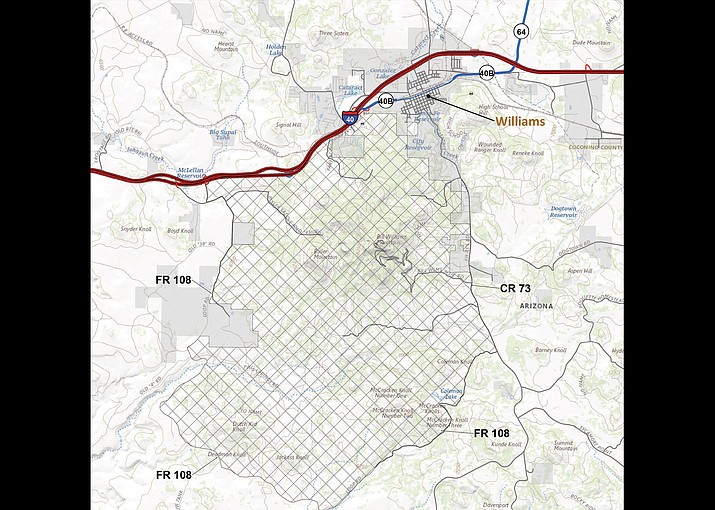 The mountain was closed in order to reduce the risk of human-caused wildfires and resulting post-wildfire flooding.

“All of the Bill Williams Mountain trails are closed,” said Jackie Banks, public affairs officer for Kaibab National Forest. “The entire area is closed to all entry, including foot traffic.”

Buckskinner Park is under the jurisdiction of the city of Williams. Effective June 13, the city followed forest official’s lead closing Buckskinner Park and the forest service road behind Santa Fe Dam.

The closure is in effect June 13-Sept. 1, or until rescinded.

More information about the Bill Williams Mountain watershed closure on Kaibab National Forest and a detailed map of the closure area is available at https://www.fs.usda.gov/alerts/kaibab/alerts-notices/?aid=59384

The forest are implementing Stage 2 restrictions because of increasing fire danger and the need to prevent human-caused wildfires during potentially dangerous fire conditions.

Under Stage 2 restrictions, the following is prohibited:

Smoking, except within an enclosed vehicle or building, a developed recreation site, or while stopped in an area at least 3 feet in diameter that is barren or cleared of any flammable material.

Welding or operating an acetylene or other torch with open flame.

Operating a chainsaw or other equipment powered by an internal combustion engine between the hours of 9 a.m. and 8 p.m.

Visitors may use devices that are solely fueled by liquid petroleum or LPG fuels that can be turned immediately on and off with no remaining burning material. Fireworks and explosives, including exploding targets, are never allowed on national forests.