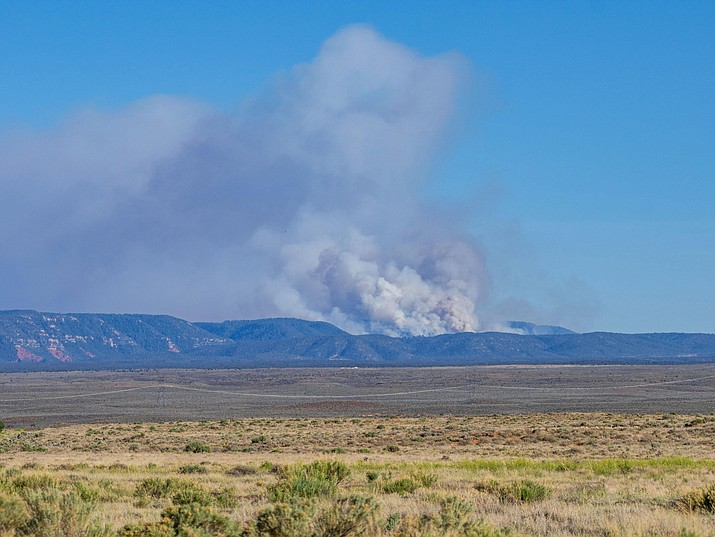 Smoke from the Mangum Fire can be seen from Fredonia June 8. (Photo/C.J. Adams, Kaibab National Forest 0

FREDONIA, Ariz. – The Mangum Fire on the North Kaibab Ranger District of Kaibab National Forest has grown to about 500 acres because of very high winds and rugged, inaccessible terrain.

Additional firefighting resources are expected to arrive on scene today to assist in the wildfire suppression effort.

The Mangum Fire was reported at about 3 p.m. June 8 and has generally been moving south and east toward the vicinity of Big Springs. The wildfire is about nine miles southwest of Jacob Lake and 16 miles north of the boundary with the North Rim of Grand Canyon National Park. The weather forecast for today includes lighter winds, which should aid firefighters.

A Type 2 Incident Management Team has been ordered to coordinate the wildfire suppression effort.

The fire has grown to more than 70 acres and is producing smoke visible from Fredonia and surrounding communities.

The cause of the Mangum Fire is currently under investigation. There are no closures in place at this time. Updates on the wildfire will be provided as additional information becomes available.