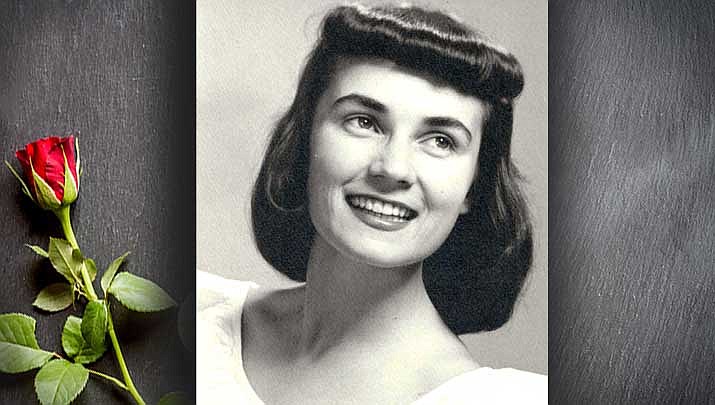 She grew up in Kingman, Arizona and then Williams, and graduated from Williams High School in 1948. Joyce worked as a waitress in local restaurants in the summer putting herself through Arizona State College in Tempe and graduated with a BA in Education in 1953. In that year, she was chosen the sorority/fraternity Campus Queen when Louis Armstrong and his orchestra played at the Coronation Ball.

Joyce received her master’s in education in 1981 from Northern Arizona University. After graduation, she moved back to Williams to teach in the elementary school. Reading was her primary job as a teacher and she was a ferocious reader as well as a crossword puzzle fanatic. She retired from teaching in the 1990s.

The whole family learned to ski at the Williams ski area. Skiing with her family and the ski trips to Colorado were some of her favorite times. Joyce was an avid hiker and hiked almost all of the trails in Grand Canyon.

Her words of wisdom: "Always watch out for yourself and be immaculate with your word."

A Celebration of Life will be June 27, 2020 at McNelly Ranch summer headquarters Pisel at noon.