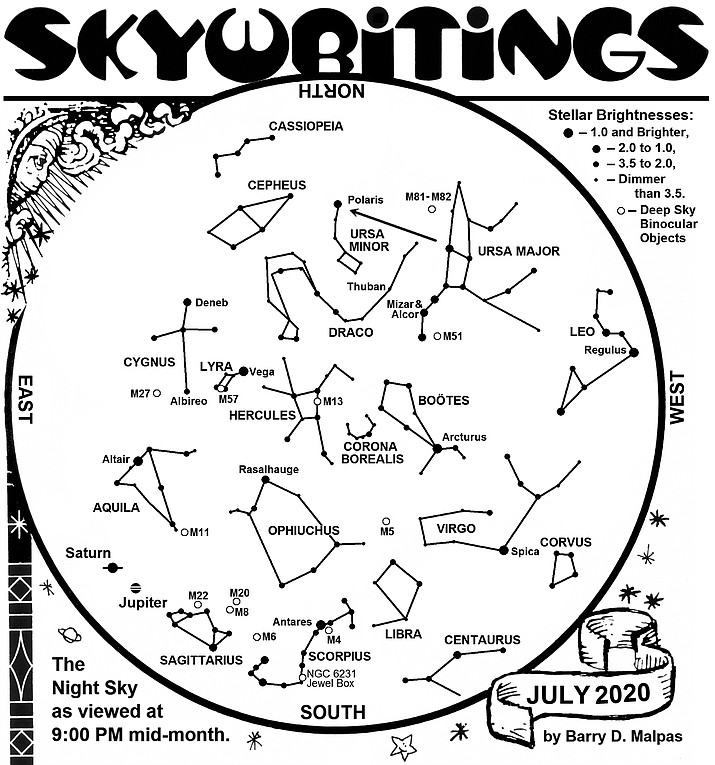 Stars are hot bodies of glowing gas that begin their lives within a nebula of cold gas and dust that formed through gravitational and other forces that drew together enough material that the pressure was enough to produce nuclear fusion within their cores.

Their diameters range from the small Red Dwarfs, as small as 8 percent that of our sun, to the Hyper-Giants, with some being well over 1500 times as large. They vary widely in mass and temperature as well, masses ranging from 1/20 to over 60 solar masses, and with surface temperatures from 3,000 degrees to over 50,000 degrees Celsius. The colors of stars are determined by their temperatures, with the hottest being blue and the coolest red. Our Sun is a small star having a surface temperature of 5,500 degrees Celsius with its color appearing yellow. But, a stars lifetime, how they die, and what they become, depends on their mass only.

In the beginning, all stars are born in a region of high density Nebulae consisting of gas and dust, where they condense into huge globules which contract under their own gravity. The regions of condensing matter then begin to heat up from friction and compression, and start to glow forming proto-stars. If a proto-star contains enough matter to produce a central temperature of 15 million degrees Centigrade or more, then nuclear reactions (where Hydrogen fuses to form Helium) occur. At this point the star begins to release energy, stopping it from contracting further, which causes it to shine. It is now on a path called the Main Sequence Stage.

The very large stars, three solar masses and above, undergo the following: These stars shine steadily until the Hydrogen has fused to form Helium (taking only millions of years). The massive star then becomes a Red Supergiant, starting off with a Helium core surrounded by a shell of cooling, expanding gas. Over the next million years, or so, a series of nuclear reactions occur which produce a variety of different elements in shells around an Iron core. After the external radiation gives out and gravity takes over, the core collapses in a very short time, causing an explosion, a Supernova, in which a shock wave blows off the outer layers of the star. (These actual Supernovae can shine brighter than the entire galaxy for a period of weeks). If the core survives the explosion, and is 1.5 to 3 solar masses, it will contract to become a tiny, very dense, Neutron Star. If the core is greater than 3 solar masses, it will exceed the Neutron density pressure and contract to become a Black Hole.

Small Stars, about one and a half Solar Masses or less: A star of one solar mass, such as our Sun, will remain on the Main Sequence for about 10 billion years, until all of the Hydrogen has fused to form Helium. The Helium core will then start to contract further and reactions begin to occur in a shell around the core. The center is now hot enough for the Helium to fuse into Carbon. The outer layers begin to expand, cool and shine less brightly. This expanding star becomes a Red Giant. The remaining core (about 80 percent of the original star) is now in its final stages, where the core cools and dims to become a White Dwarf star.

Although we visibly see the very brightest, high mass stars in the evening sky, they live the shortest lives, some being only a few million years. The stars that live the longest are the small Red Dwarfs, many of which will live on for trillions of years, longer than the Universe has been in existence.