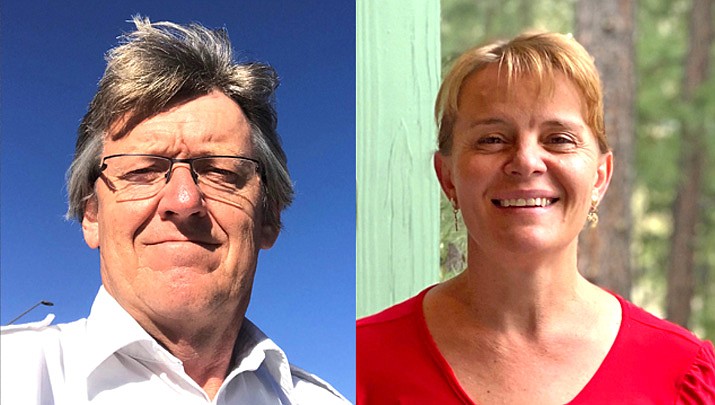 Grand Canyon News is running a Q & A for both candidates running for mayor of Tusayan.

Candidates were asked to answer the same questions about important local topics including why they are seeking office, what residents can expect during their term if elected and what they see in Tusayan's future. Craig Sanderson is the incumbent and Clarinda Vail is a long-time resident and business owner.

Each candidate was given the same questions. Individual Q & A's can be found by clicking on each candidate's name.

The Coconino County Elections office mailed out over 44,600 early ballots to voters on the permanent early voting list (PEVL) and those who have requested a single election early ballot for the primary election.

Coconino County Recorder Patty Hansen urges all Coconino County registered voters to request an early ballot be mailed to them, or to vote early in person at one of the early voting locations.

“Early voting is the safest method for our voters, poll workers and election staff members during this COVID 19 pandemic,” Hansen said.

“Recently, there has been a lot of misinformation about fraud associated with early voting. This is just not true,” Hansen said. “We have numerous safeguards and procedures in place that would catch anyone trying to cast fraudulent early ballots.” 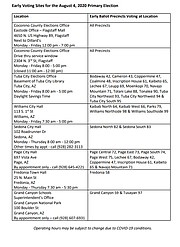 Voters on the PEVL who are registered as Independent, with no party affiliation, or an unrecognized political party, were sent a notice at the end of May informing them that they should return the notice indicating which political party ballot they want to receive. If this notice was not returned, the Elections Office cannot mail the voter an early ballot until they tell the Elections Office what party ballot they want to receive. Independent and unaffiliated voters who are on the PEVL and did not return their notice may call the Elections Office to request the specific party ballot, or do so online at www.coconino.az.gov/elections, select “Early Ballot Request”.

All registered voters, not on the PEVL, may request an early ballot for the primary by calling the Elections Office; sending a written request to Coconino County Elections Office, 110 E. Cherry Avenue, Flagstaff, AZ, 86001; or submitting an on-line request at www.coconino.az.gov/elections and clicking on “Early Ballot Request.”

The deadline to request an early ballot be mailed is July 24.

Early Voting is also available in person at several locations throughout the county.

To see the list of early voting locations and their office hours go to www.coconino.az.gov/elections, select “Early Voting Locations.”