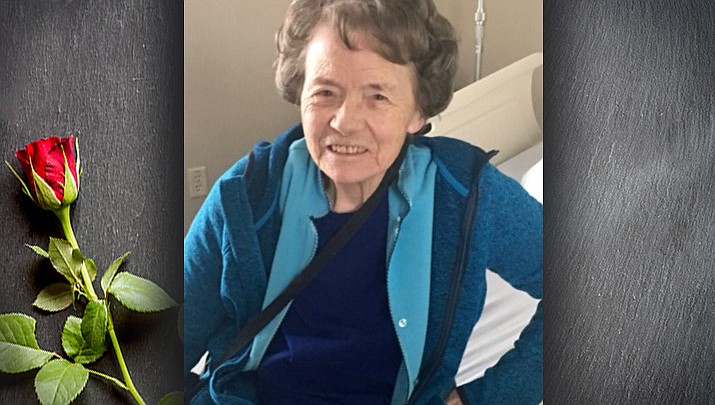 Today we say goodbye to Lenore Alvina (Arnestad) Reed. She was born October 7, 1921 in Birch Hills, Saskatchewan, Canada. She lived an adventurous 98 years on her terms.

Her parents Peter and Annie Arnestad had five children, all having proceeded Lenore in death.

After high school she began nurses training where she truly fell in love with caring for others. When she completed four years of training she and a girlfriend moved to Arizona to work in a hospital on the IndianReservation.

Lenore met her future husband Durward in Williams. They were married in July of 1951, and celebrated 56 years of marriage.

Lenore worked in the Williams hospital when it first opened in the 1950s. The couple had three children Bonnie, Glen and Suelynn. They moved to Oregon in 1966 where Lenore took a job at the Bend hospital as the emergency room supervisor. The couple moved back to Williams in the late 1990s to assume running the Reed anch. They lived the remainder of Durward’s life happily on the ranch for 10 years.

Lenore was a hard-working, spirited, intellectual and energetic woman who was devoted to the Lutheran Church. She was an avid reader and yearned for knowledge her entire life.

After acquiring COVID-19, she passed away peacefully on July 6, 2020 with family by her side.

Her ashes will be spread at the Reed ranch, allowing her to rest in peace with her family.