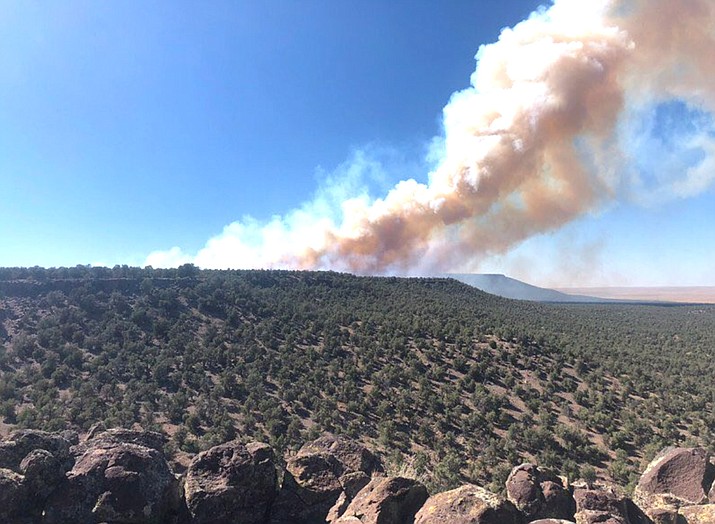 The Monument Fire is located 30 miles northwest of the Ash Fork. (Photo/Arizona Department of Forestry and Fire Management)

ASH FORK, Ariz. — Firefighters are making progress on the Monument Fire, according to the Arizona Department of Forestry and Fire Management (DFFM).

The fire is located approximately 30 miles northwest of Ash Fork, near the Boquillas Ranch.

Despite some winds July 11, DFFM reported all lines were holding and minimal smoke was showing within the interior of the fire.

Fire managers said smoke may be visible from Interstate 40 and State Route 64.

“At this time there are no structures threatened but there are some high power electricity lines about two miles north of the fire,” Davila said.

DFFM Phoenix firefighters and Highlands Fire Department’s Bear Jaw hand crews were assigned to the fire along with engines from the Bureau of Land Management, Highlands and Ponderosa Fire Department.