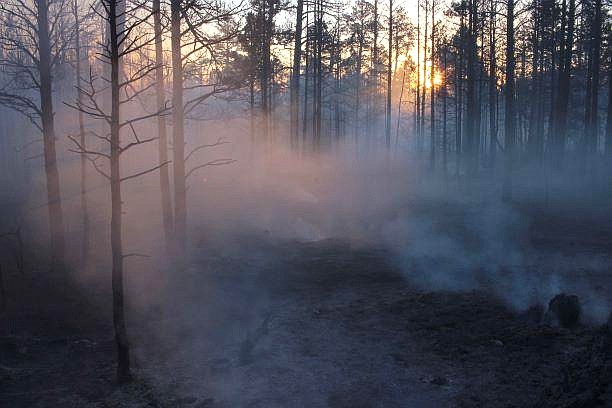 NORTH KAIBAB PLATEAU, Ariz. — Fire officials are wrapping up operation on the Mangum Fire, located on the North Kaibab Plateau.

As of July 6, most heavy equipment and engines will be released, and the number of firefighters will be reduced, according to the fire officials.

The Mangum Fire burned 71,450 and is 82 percent contained. There are 201 personnel assigned to the operation.

On July 5, wildland fire crews completed suppression repairs and began back hauling supplies for the

Warm and dry conditions are expected to continue, however, fire activity is expected to be minimal. Firefighters will patrol the fire perimeter to mitigate any threats to current containment lines.

“The holiday weekend is over, but motorists should be aware that many large firefighting vehicles will be traveling on local roads as they exit the fire area,” a recent release stated.

Forest Road 22 is closed between road 422 and road 429. Highways 67 and 89A are open to public travel. The North Rim of Grand Canyon National Park is now open.

There are currently no evacuations in place. The area along House Rock road remains under “ready” status. A temporary flight restriction is in place over the fire area.

More information is available from Inciweb at https://inciweb.nwcg.gov