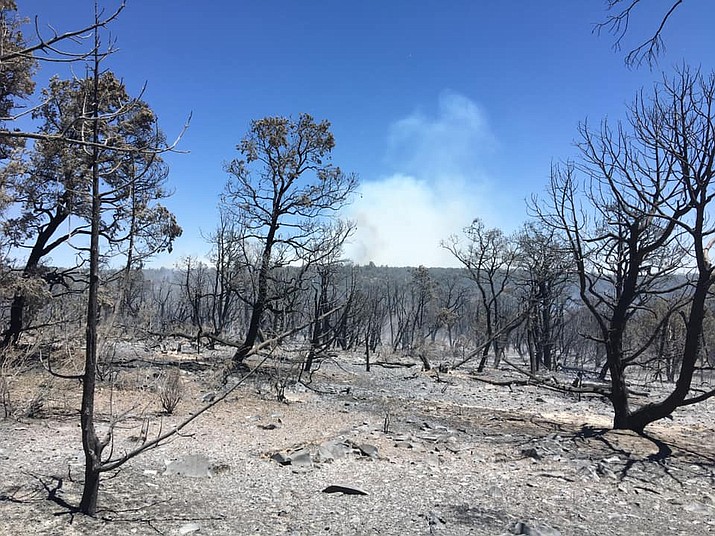 A lightning-caused fire is currently burning near Ash Fork. (Photo/DFFM)

The lightning caused fire that began the afternoon of July 5 is estimated at 100 acres, according to Arizona Department of Forestry and Fire Management spokesperson Tiffany Davila.

"At this time there are no structures threatened but there are some high power electricity lines about two miles north of the fire," Davila said.

DFFM Phoenix firefighters and Highlands Fire Department's Bear Jaw hand crews are assigned to the fire along with engines from the Bureau of Land Management, Highlands and Ponderosa Fire Department.