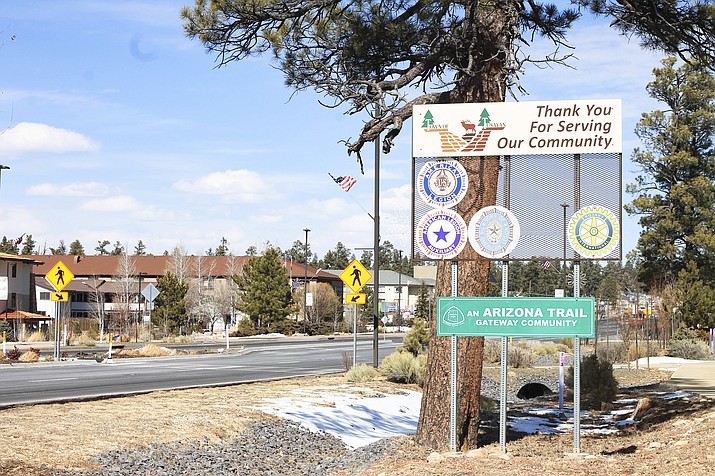 Tusayan councilmembers voted Jan. 23 to submit a revised application to Kaibab National Forest addressing road alignment, commercial density and the use of groundwater. The town is co-applicants with Stilo Development Group. For years, Stilo has said it plans to develop property for commercial use near Tusayan, located just outside the gates of Grand Canyon National Park. (Loretta McKenney/WGCN)

TUSAYAN, Ariz. — On Jan. 23, during a special meeting, Tusayan council members voted unanimously to approve a revised application that addresses road alignment, commercial density and the use of groundwater.

The application will be submitted to Kaibab National Forest later this week.

The town is co-applicants with Stilo Development Group, USA who plan to develop property near Tusayan, located just outside the gates of Grand Canyon National Park.

If approved, Stilo would use the easements to move forward with plans to build a major commercial development. Approval would also allow the town to gain access to land on which they want to build housing parcels.

In the past, Stilo said the proposed development could include hotels, restaurants, retail, entertainment and educational attractions. This has not changed.

“The ideas I don’t think have changed in terms of what Stilo and the town believes is appropriate for the area,” said Stilo representative Andy Jacobs. 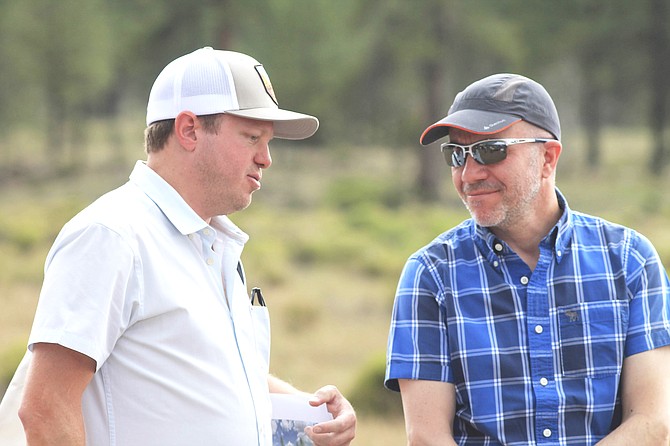 The primary changes in the application include the placement of the road to the Kotzin property, a reduction in density of commercial use by Stilo for both Kotzin and Ten X properties by 33 percent, and a prohibition of the use of groundwater from within the Coconino Plateau groundwater sub-basin for commercial development.

In 2014, the town of Tusayan and Stilo initially applied for road easments across Kaibab National Forest.

In 2016, the Forest Service denied the application after a lengthy scoping process. The Forest Service received more than 123,225 comments and two petitions with 105,698 signatures. The vast majority of the commenters opposed authorizing the road easement.

When the application was returned, the Forest Service cited specific agency requirements that the town's application failed to meet in its screening and said the proposal was inconsistent with the Kaibab Forest Plan.

Heather Provencio, Kaibab National Forest supervisor, said four of nine criteria were not met in the initial screening process and said there was no way she could move forward with the application, much less the National Environmental Policy Act (NEPA) process.

In September 2019, the town council submitted a new and revised proposal to the Forest Service. After that submittal, there were several meetings by town representatives with Forest Service staff, and an on-site walking meeting near the Kotzin property to look at access options.

On Jan. 23, after hearing from stakeholders and Tusayan residents, Tusayan councilmembers voted to re-submit the application.

One of the changes in the application include the primary access road to Kotzin property. Instead of being located on the south roundabout in Tusayan, the road would be north of town and would follow primarily existing National Forest roads.

“We’re trying to limit the amount of disturbed land as much as possible,” said Brady Harris, vice mayor of Tusayan.

The property would still be accessible from another road further north. That road would not be paved.

“We’re only proposing one paved road. The northern road would be an unpaved gravel emergency access road,” Harris said.

In addition to the road improvements, Harris said the council discussed the geographic area of the Red Wall Muave and said Stilo has promised to not use groundwater for commercial uses.

Stilo has yet to determine where water for a development will come from.

“We’re still looking at a variety of options,” Jacobs said. “We’re looking at hopefully some other options that can get the entire town off of groundwater at some point and provide more of a regional solution to the area’s need so that no groundwater is being used in Tusayan.”

Development by Stilo has been adamantly opposed by some groups for years.

“For 20 years the public has been saying no to Stilo's terrible development proposals, and this is more of the same,” said Alicyn Gitlin, conservation coordinator for the Sierra Club’s Grand Canyon Chapter. “This proposal, which includes double the hotel room capacity of the entire town of Williams and thousands of new vacation homes, will drain water supplies while destroying the forest. There is no plan for trash or traffic, and the only plan for water is to truck it in from an undisclosed location.”

The Forest Service has a formal process that is required for use of Forest Service lands and roads. This process will analyze potential impacts of the road easements, how it conforms to other existing Forest Service plans, and allow opportunities for public comment.

“The fact that the density is lowered by a third shows that Stilo is serious about taking public comment to heart and trying to figure out how to work with the community to make sure that whatever is built there is appropriate for the region and is sustainable for the future,” Jacobs said.

Currently, there is zoning for both properties that the town and Stilo worked together on. Stilo plans to wait for the NEPA process to be completed before moving forward with submitting plans for development.

“This is the first step of a long process,” Harris said. “This is just step one. There will still be plenty of opportunity for public comment and we welcome and invite (everyone to) come out and comment on this.”