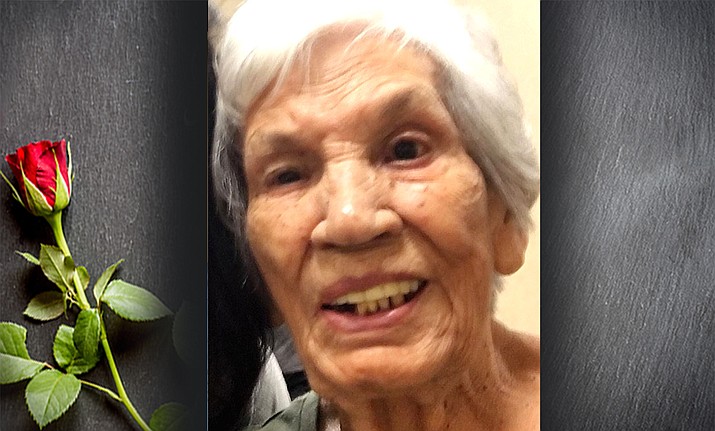 Josephine (Martinez) Soto, 88 passed away peacefully on December 28, 2019 at home with loved ones in Aztec, New Mexico.

Josie was born on June 28, 1931 to Joe B. Martinez and Juanita (Saavedra) Martinez in Williams Arizona. Her father worked for the Santa Fe Railroad and her mother was a housewife. They lived in Ash Fork, Arizona in her younger years and then moved back to Williams Arizona.

On February 21, 1950, she married Tony T. Soto. Josie worked odds and end jobs to supplement the family's income while also raising her seven children. Her hobbies were crocheting, crafting, word puzzles and later in years just puzzles. She always kept her hands and mind busy.

Services will be held in Williams, Arizona date pending.