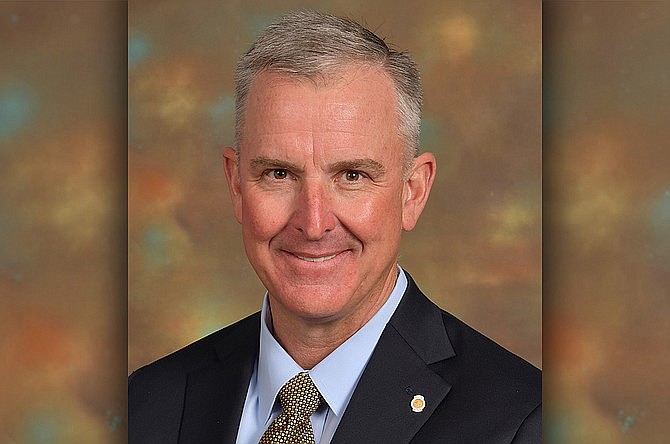 Dr. Geiler, whose family has lived in Yavapai County since 1946, maintains a solo optometric practice that his grandfather began in 1946 in Prescott.

A lifelong outdoorsman, Dr. Geiler has volunteered his time to get young people more involved in outdoor activities. He spearheaded a partnership with the City of Prescott and Arizona Game and Fish to provide the youth of greater Prescott, Prescott Valley and Chino Valley with a Kids Free Fishing Day, a day that encourages kids to spend time outside fishing and learning about conservation.

“Dr. Geiler’s extensive outdoor involvement and community leadership will serve the Arizona Game and Fish Commission well,” Gov.Ducey said. “I am pleased to nominate him and look forward to his contributions on the commission.”

Dr. Geiler attended Prescott High School before receiving his associates degree from Glendale Community College. Between 1984 and 1987, he attended Northern Arizona University for pre-doctoral studies with an emphasis on physics and finance. He later earned his bachelor’s degree in visual science and doctorate in optometry from Pacific University in Forest Grove, Oregon.

His nomination is pending confirmation by the Arizona Senate.

Information provided by the Governor’s Office.