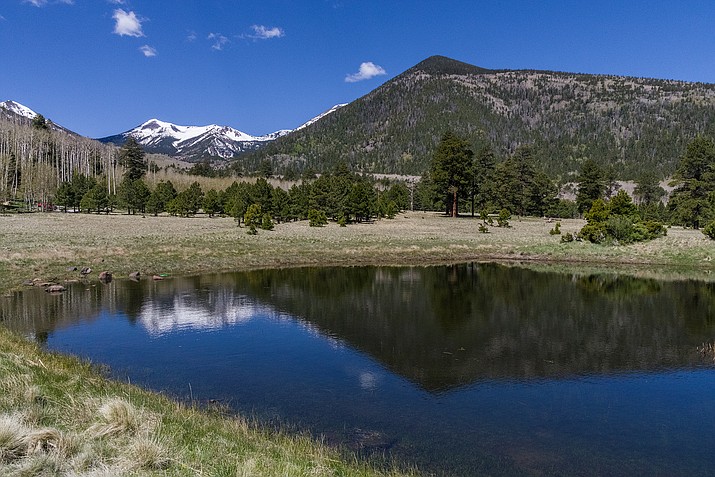 The Flagstaff Ranger District has recently updated and renewed an important forest order for camping and campfire restrictions around the Flagstaff area. (photo/Coconino National Forest)

FLAGSTAFF, Ariz. — The Flagstaff Ranger District has recently updated and renewed an important forest order for camping and campfire restrictions around the Flagstaff area that will help reduce the number of abandoned campfires and keep communities safer.

Forest Service personnel will begin placing “No Campfires or Camping” signs in and around the restricted areas to remind the public of these important prohibitions and to help identify the area boundaries.

Boundaries have been expanded by more than 25,000 acres and redefined to account for the expansion of communities, while using features such as forest roads as boundaries that are easily recognized on a map.

The expansion and redefining of these boundaries is also more cohesive and conjoined with areas that have already been defined by the state and city as areas where camping and campfires are prohibited.

“Prohibiting campfires, and sometimes camping, within areas of Coconino National Forest that surround Flagstaff and its communities are important steps in lowering the number of abandoned campfires and mitigating wildfires so close to town,” said Fire Staff Officer James Pettit. “This doesn’t eliminate the threat of severe wildfires, but it will definitely lower it. This forest order also helps reduce unsanitary conditions found on the forest near town from people illegally using the forest for residential purposes.”

The previous forest order was last updated in 1995 and did not account for the communities surrounding Flagstaff today, nor did it define boundaries that were easily recognized.

In addition, Coconino National Forest renewed and updated a forest order in August 2019 that prohibits campfires in the Mount Elden/Dry Lake Hills area, expanding that particular area of campfire restrictions by 2,000 acres, to include popular camping areas such as the Freidlein Prairie Dispersed Campsites. That forest order was originally signed and implemented nine years ago.

“In 2011, after we implemented the Mount Elden/Dry Lake Hills forest order, we saw a 90 percent reduction in human-caused fires in that area,” said Pettit. “So, we expect to see a significant reduction in the number of abandoned campfires and human-caused fires with this updated forest order prohibiting camping and campfires around the Flagstaff area.”

Coconino National Forest encourages the public to report illegal activity on the national forest and can do so by calling the local Forest Service law enforcement office at (928) 527-3511, or by contacting Coconino County Sheriff at (928) 774-4523.