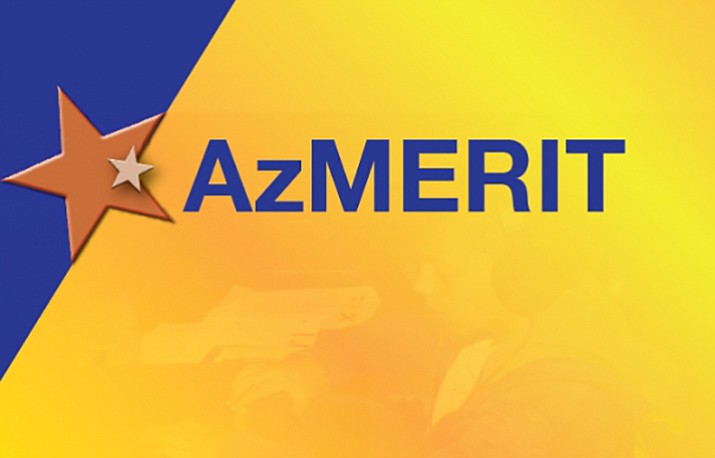 Arizona lawmakers want to take another look at how the state is testing its students.

Last week, Finchem introduced HB 2650, which would eliminate AzMERIT and use the ACT and SAT as the statewide assessment instead. The bill’s cosponsors are Reps. Leo Biasiucci, of Lake Havasu City, Becky Nutt and Vince Leach.

Finchem said he has heard complaints about AzMERIT from teachers, administrators, students and parents.

“We are interested in funding programs and initiatives at the Legislature that are effective,” Finchem said. “So far, I have not met a single person who tells me that the AzMERIT test is worth the paper it is written on or the computer time that it takes to take the test online – not one. So there is the question, then why are we doing it?”

AzMERIT was adopted by the Arizona State Board of Education in November 2014 to replace the Arizona Instrument of Measure Standards as the statewide achievement test. But some state legislators say the test is not working as intended.

Finchem believes high school students are being passed through the system, often graduating without some of the basic skills that should be required for a diploma.

“That is evident by our universities complaining to the legislature that they have to spend an inordinate amount of money on remedial education for reading, writing and arithmetic,” Finchem said. “So obviously the tools we are using need to be reexamined.”

Lake Havasu Unified School District Superintendent Diana Asseier said her biggest issue with AzMERIT is with how the test is used, rather than the test itself.

“We test what students have learned throughout the year,” Asseier said. “Each grade level is assessing a different set of standards. As far as a test goes it is OK – as far as testing and standards. But I do think we place too much emphasis on those results, because it is a single snapshot. So we assess certain students on certain grade levels and standards. Then we extrapolate that data to make judgments about schools.”

She said AzMERIT results are used to give schools a letter grade, designate high-achieving schools, and she said the scores likely play a role in funding.

But while AzMERIT may paint an incomplete picture of a school as a whole, Asseier said test results such as those from AzMERIT are helpful in monitoring the progress of individual students.

“If it is for us to have information about our kids, how they are doing, and making sure that they are making progress and learning, that is great,” she said. “But after that I’m not so sure.”

HB 2650 was introduced on Jan. 17, and has not received its first reading yet.

In the place of AzMERIT, Finchem suggests using the ACT and SAT tests already used by colleges and universities around the county to determine college entrance and scholarships. Finchem said he is unsure how much AzMERIT costs to administer annually, but said that money could instead be used to help students pay fees for the ACT and SAT.

“If our standards truly are college and career ready standards, that means that the kids who are coming through those schools should be able to pass a college entrance exam,” Finchem said. “We know that not every kid is going to pass that college entrance exam. But if every kid takes the test and there is a cut score for entrance into a four-year degree program, doesn’t it also make sense that you have got a baseline for community colleges and trade schools to understand exactly where a student is on reading, writing and arithmetic? I mean, this is common sense stuff.”

If a student is unable to reach the baseline threshold, they would be informed where they came up short and given the opportunity to receive additional coaching and instruction before retaking the test, Finchem said.

The Lake Havasu Unified School District has decided to administer the ACT to students in 11th grade, but Asseier said she would potentially have some concerns with using that as the only assessment.

“At least with the AzMERIT they are somewhat aligned with the standards that we are teaching,” Asseier said. “So the ACT and the SAT, while they measure a student’s reading and math level as far as predictability on their performance in college – presumably. I’m not sure that that is the best measurement for looking at how all students are doing.

Biasiucci said he plans to add an amendment to include the Armed Services Vocational Aptitude Battery in the bill as another testing option, along with the ACT and SAT. The ASVAB is a test developed and maintained by the Department of Defense that scores students in arithmetic reasoning, word knowledge, paragraph comprehension and mathematics knowledge. The test is used to gauge an applicant’s qualification for certain military operational specialties and enlistment bonuses according to military.com.

Biasiucci said that amendment should be added in the next couple weeks.

According to state statute, school districts must test students in at least four grade levels. While Finchem said the ACT could be given in 9th or 10th grade, followed by the SAT in 11th or 12th, that would still leave open the question of how younger students would be tested twice to comply with state law.

Finchem said the National Assessment of Educational Progress, which is given to students in fourth, eighth and 12th grade, could be used to fulfill that obligation.

“There is a way to manage it with the testing that we already have in place,” Finchem said.

Asseier also questioned whether or not eliminating AzMERIT would affect schools ability to receive federal funding, such as Title 1.

“I don’t know if that is going to be an issue,” Finchem said. “Mr. Trump has made it clear that he wants the federal government to get out of the education business and have the state manage that. Well, this is one step towards that.”