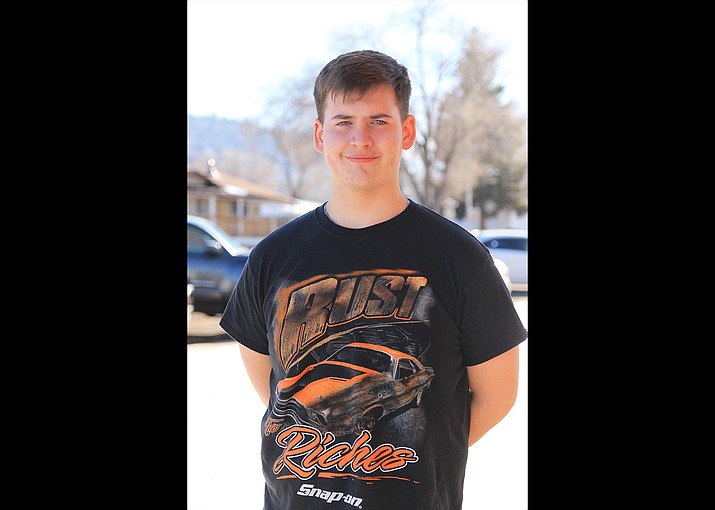 Dakota Dowling is a senior at Williams High School. He has been attending school in Williams since his freshman year.

Dakota has enjoyed his auto and woodshop classes at the high school.

“She was great at showing us how to do things step by step,” he said.

Dakota said Mrs. White, Mrs. Gutshall and Ms. Kaur have been encouraging to him also.

He said his best memories are hanging out with his friends, including camping.

After school, Dakota worked at Canyonlands Restaurant at Bearizona, and Miss Kitty’s restaurant.

After graduation, Dakota hopes to join the Army or Air Force to become a ranger or serve in the infantry or military police.

After that, Dakota would like to open his own business and possibly get his business degree.

If he took a road trip he would take Sam, Angel, Ryan Liturno, Cory Cooper, Caleb Betz and Emily Bennett.