Vikings make it four-in-a-row with win over Mayer 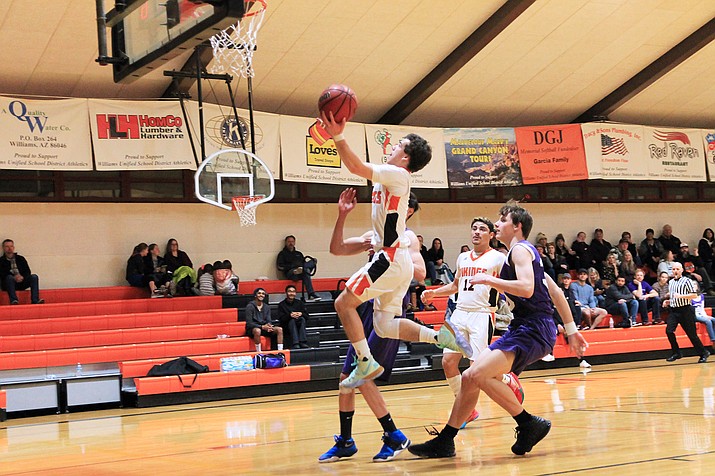 Viking Zain Grantham takes a fast break to the basket during the Jan. 11 game with BASIS-Flagstaff. (Wendy Howell/WGCN)

WILLIAMS, Ariz. — The Vikings cagers made it four-in-a-row with a dominating 74-32 win over the Mayer Wildcats Jan. 18.

The win moves the Vikings to 7-1 and second in the 1A Central region behind Joseph City.

Off the injured list, Caleb Betz led the scoring against BASIS, bringing in 23 points and shooting 67 percent. He was followed closely by David Lozano who had 20 points, shooting 75 percent.

Preston Ford led rebounding for the Vikings. He had 14 total rebounds. He was followed by Ceaser Santana with 10.

Oryn Orozco went for 4 for 4 in free throws.

Santana led the team with 19 rebounds, followed by Betz with 14 and Ford with 10.

Stats were not available for the Mogollon game.

In the game with Mayer, Lozano led the team with 17 points. He was followed by Betz with 14 and Grantham with 13.