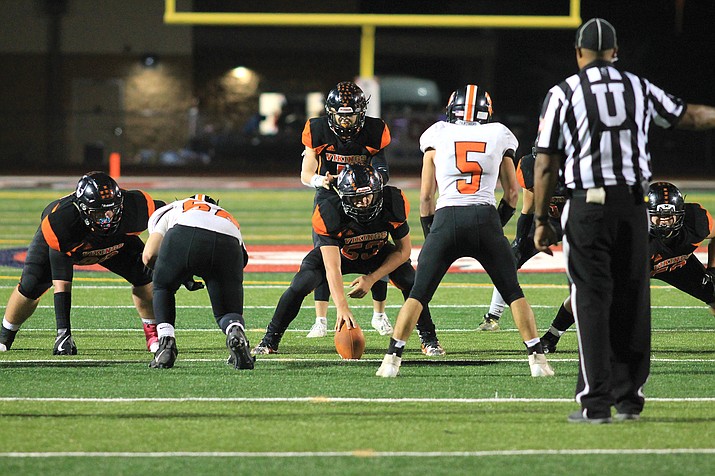 The Vikings beat Superior in the 1A Conference State Championship Game in November 2019. Several Vikings were recognized for their talent by the Arizona Interscholastic Association All-Conference selections. (Wendy Howell/WGCN)

WILLIAMS, Ariz. — Several Vikings were honored for outstanding play in the 2019 football season by being selected to the Arizona Interscholastic Association All-Conference teams.

Superior’s Adam Navarrette was selected as the All-Conference Defensive Player of the Year.

The Vikings won the 1A State Championship in 2019 beating the Superior Panthers 35-20 at Coronado High School in Scottsdale. They finished the season with a 7-0 conference record. The Vikings lost one early season game to Pahranagat Valley in Nevada.