Going for a record: Oarsmen attempt to break rafting speed record down the Colorado River 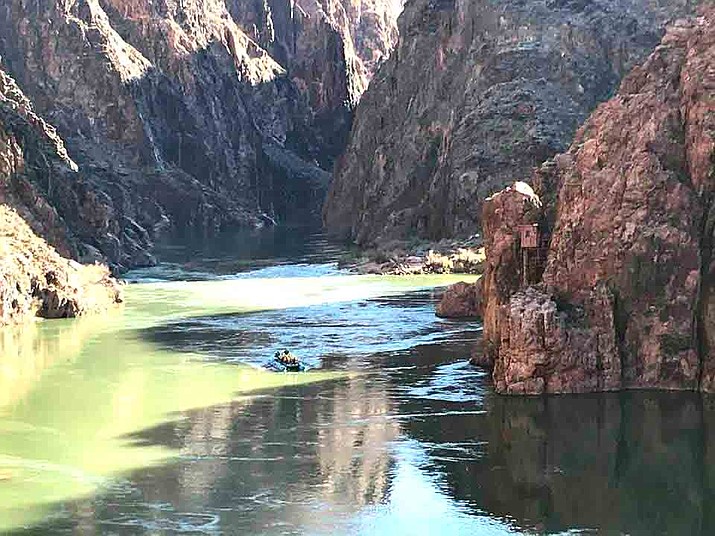 Above: Rafters attempt to set a new speed record on the Colorado River from Lees Ferry through the Grand Canyon to Pearce Ferry in early January. (Photos courtesy of Helen Ranney)

GRAND CANYON, Ariz. — On Jan. 9, an eight person crew launched from Lees Ferry in an attempt to break a speed record by rowing 277 river miles of the Grand Canyon in less than 34 hours. They were unsuccessful.

Despite the good weather, the crew missed the record by four hours completing the descent downriver in 37 hours and 55 minutes.

“Our love of rivers, adventure, and a good challenge have brought us together to take on this massive endeavor. We are so thankful for the opportunities and exposure to rivers and wild places we have had in our lives. As a way to give back and pay it forward, we would like to bring awareness to Grand Canyon Youth: a non-profit dedicated to getting kids down rivers of the Southwest,” said the group through a statement on Rowing for the Record: Grand Canyon Speed Run 2020 Facebook page. 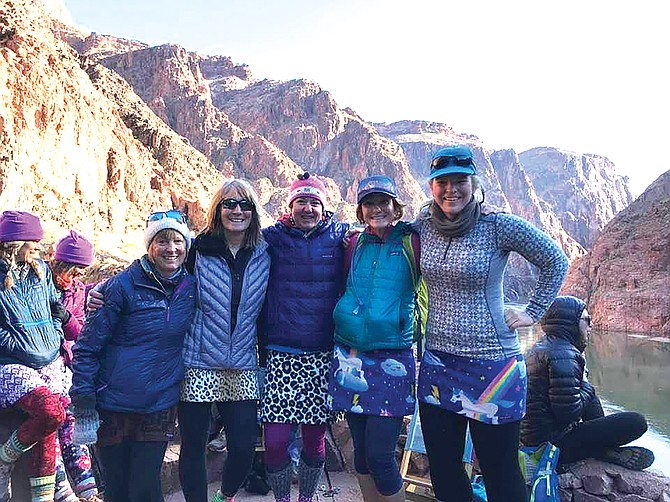 Helen Ranney and friends gather at the Black Suspension Bridge Jan. 12 to cheer on oarsmen in their attempt to beat a previously set speed record down the Colorado River in the Grand Canyon. (Photos courtesy of Helen Ranney) 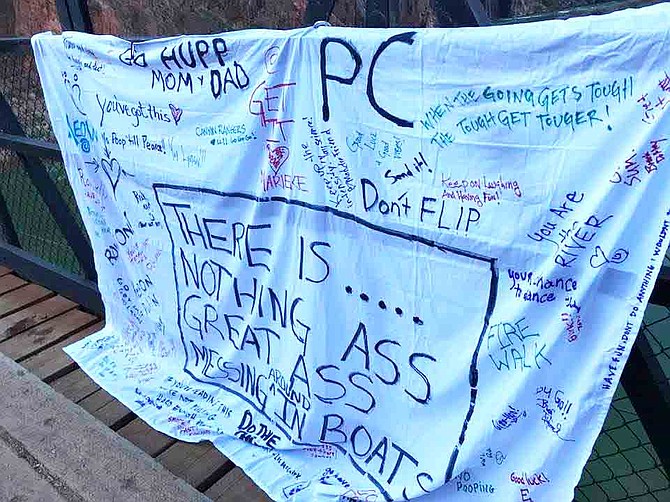 A banner filled with encouraging words is hung from the Black Suspension Bridge above the Colorado River at river mile 88 in the Grand Canyon. (Photos courtesy of Helen Ranney)

In addition to attempting to beat the record, the group was raising awareness for Grand Canyon Youth — whose mission is to provide youth (ages 10-19) an experience and education on the rivers of the Southwest. Their goal was to raise $10,000. They raised more than $11,000 in 36 days, according to their most recent post on their funding page.

“Words cannot describe how incredible it was to see the 2020 speed run attempt through the Grand Canyon on the Colorado River,” a Facebook post by Grand Canyon guide and enthusiast, Helen Ranney read Jan. 12 after she and a crowd of supporters hiked to the suspension bridge that crosses the Colorado River to cheer on the oarsmen as they passed by. “These people trained hard, I mean really hard to row continuously from Lees Ferry to Pearce Ferry — 277 miles. As Ken put it, they had to row through two nights… two long winter nights on the river — with rapids. But I have to think, that when they came around the bend at river mile 88.1 and heard 40 or 50 of us screaming and yelling and hootering and hollering and cowbells clanging that they felt a lot of love there at the bottom of Grand Canyon. They didn’t break the record but they did inspire all of us to think more about “The Doing of the Thing.” Just get out there and try to do your thing. I know I will.”