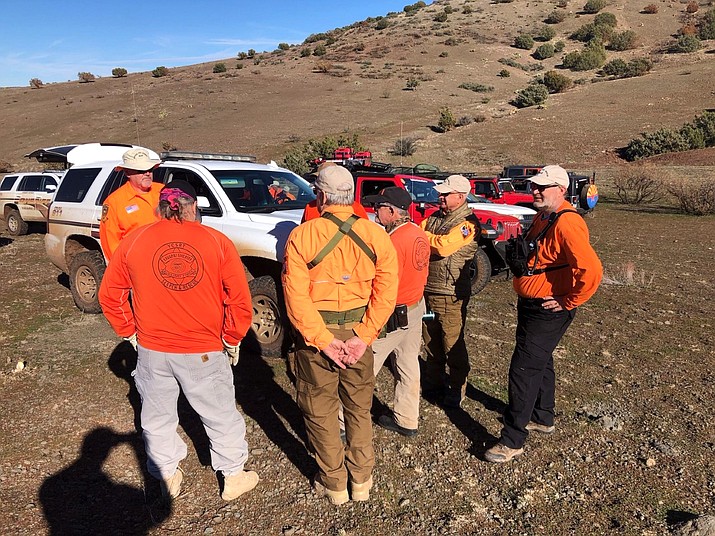 Volunteers from the Yavapai County Search and Rescue Team assist with an airplane crash near I-17 Dec. 13. (YCSO/photo)

YAVAPAI COUNTY - Decreasing visibility may have been a factor in the fiery crash of a small plane last month in Yavapai County that killed the only person aboard, according to a preliminary report by the National Transportation Safety Board issued Wednesday.

A rancher found the wreckage in a rural area of eastern Yavapai County on Dec. 13, five days after the crash occurred.

The NTSB report didn’t release the name of the pilot who died, but said that person bought the Mooney M20C single-engine plane four days before the crash. Previously, the Yavapai County Sheriff's Office identified the pilot as Mingwei Du, 23, a student from China who was attending a university in Phoenix.

The plane took off from Flagstaff’s Pulliam Airport destined for Deer Valley Airport near Phoenix when it went down around 2 p.m. on Dec. 8 and burst into flames southwest of Flower Pot, Arizona.

NTSB officials said there were no witnesses to the crash, but some people reported seeing the plane flying at a low altitude near Munds Park and the pilot appeared to be following Interstate 17.

They said visibility was reduced to about a quarter-mile with clouds close to the ground around the time of the crash.