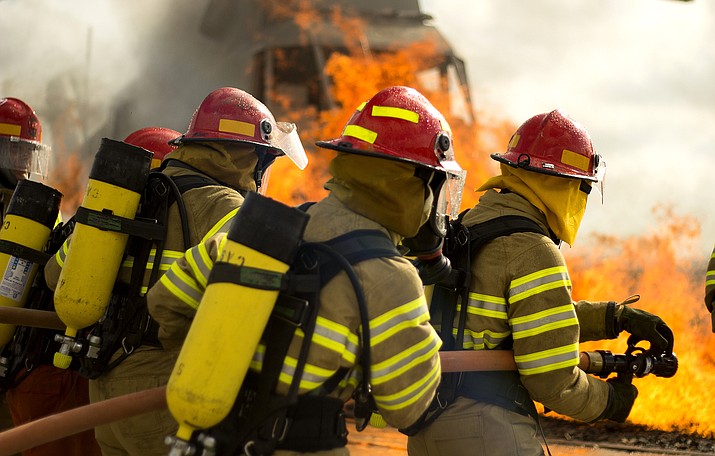 PHOENIX (AP) — A group of Arizona lawmakers on Thursday vowed to boost protections for firefighters and other first responders who are diagnosed with a cancer linked to the workplace to address concerns that some cities are denying coverage.

Republican Sen. Heather Carter said the bill she's introducing will make clear that cancers listed in a 2017 law must be covered by worker's compensation insurance. The measure announced by Carter, Republican Sen. Paul Boyer and a bipartisan group of lawmakers at a news conference attended by dozens of firefighters will also add two cancers common to women to the list of those presumed to be job-related.

The 2017 law was adopted by the Legislature with overwhelming majorities in the House and Senate and lists a series of cancers such as lung, esophagus, melanoma and testicular that are presumed to be job-related for firefighters and police officers. Medical studies have shown that chemicals those professionals are exposed to on the job are linked to those cancers.

The law requires firefighters have a clean bill of health before they join the profession, work at least five years and develop the cancer within either 15 years of retiring or before age 65, Carter said. .

"That seemed very simple," Carter said. "For all of us in the Legislature that voted on that bill, we thought we had an iron-clad policy in place."

But it also contained exemptions for a presumed work-related cancer diagnosis where there is evidence of a cancer cause other than occupational exposure.

Carter said those exemptions are being exploited by insurance companies and governments, and her new proposal will stop that practice.

Bryan Jeffries, a Mesa firefighter battling cancer who is president of the Professional Fire Fighters of Arizona union, said his department has supported him in every way.

"We want that to be afforded to every firefighter throughout the state of Arizona," Jeffries said "And unfortunately some of them have not received that same support."

Carter's bill is expected to be formally introduced late Thursday. It will add breast and ovarian cancer to the list presumed to be related to work.