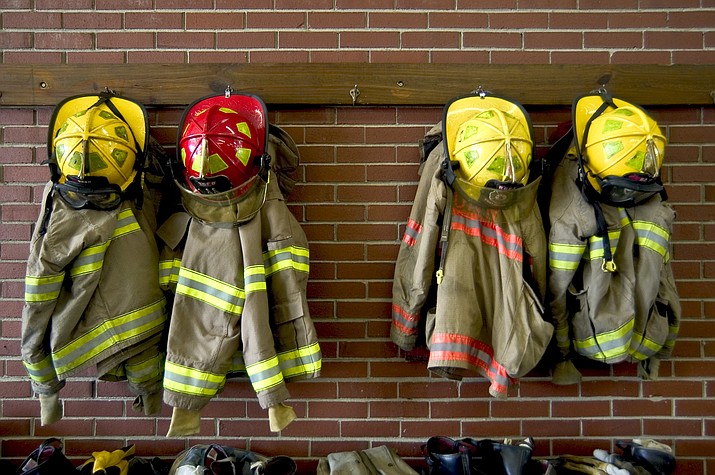 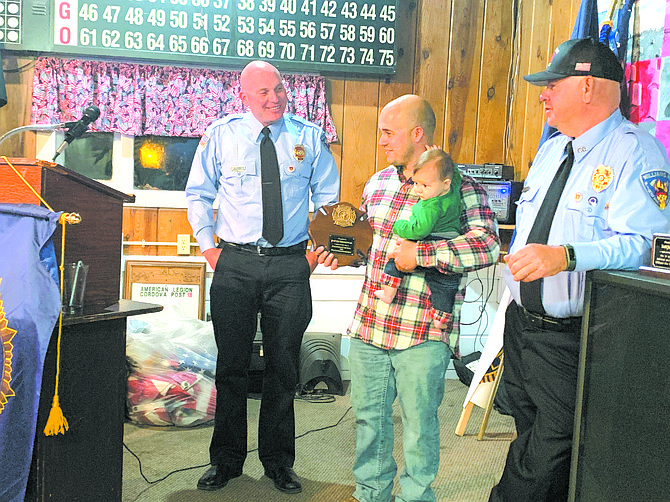 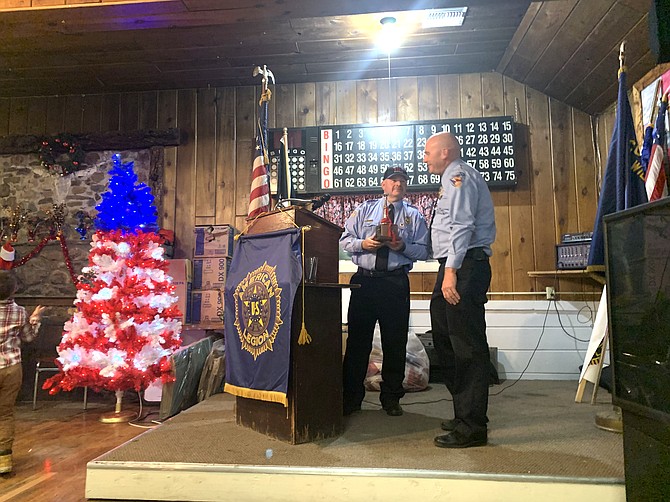 Firefighter Ian James was recognized for more than 25 years of service to the department. (Photo/WGCN)

Additionally, Firefighter Ian James was recognized for more than 25 years of service to the department.

During the meeting, changes to some of the department bylaws, rules, and regulations were voted on.

12/2, Hereford — WFD arrived on scene and found hot ashes and paper shreds in a steel container outside the house. Paper was smoking. Ash can was dumped out and mixed with snow and placed back in the bucket.

12/07, I-40 WB MP 155 — WFD responded to a report of a semi on fire. Arrived on scene and found semi-tractor fully involved with front part of trailer involved. Trailer was hauling bottled alkaline water. Ash Fork arrived on scene as well as Kaibab Estates West.

12/09, N Grand Canyon Blvd. — Engine 7 arrived on scene and was greeted by hotel manager. Manager silenced the alarm and accidentally reset it. Firefighters walked all hallways upstairs and down to check all pulls and heat/smoke detectors. .

12/17, S Perkinsville Rd. — WFD responded to report of CO2 monitor activation. Arrived to two story single family dwelling. Heavy smoke coming from the fireplace. Inside occupants stated two CO2 monitors had been activated. Checked for any elevated levels in the atmosphere. Covered whole house and found no readings. Instructed occupants to contact landlord and have the flute completely cleaned.

12/20, Second Street — WFD was dispatched for a report of smoke near the Christmas tree on the hill. Cancelled prior to response.

12/28, I-40 EB MP 156 — WFD personnel found pickup in the median pulling a trailer, both on their side. Occupant had self-extricated prior to arrival. Fire personnel checked the vehicle for hazards and found none. Fire personnel also assisted in locating property for the occupant, this was given to DPS. Fire Personnel also assisted in getting another vehicle unstuck that had stopped to assist.

12/29, N State Route 64 — WFD was dispatched for a three vehicle accident. Dispatch updated personnel that assistance was needed for extrication and one pinned under vehicle. High country fire advised 3 ambulances and 2 helicopters were ordered for the assignment due to multiple patients. Arrived on-scene and HCFR advised WFD was not needed.

12/30, E New Moon — WFD was dispatched for a mutual aid request for a fully engulfed structure fire. Crews arrived on scene and grabbed various hand tools and air packs were donned. Ceilings were pulled for fire control and to check for extension. All ceilings were pulled throughout house. All fire in attic was exposed and extinguished and verified with thermal imaging camera.

12/30 I-40 EB MP 161 — WFD dispatched for vehicle fire. Arrived on scene found axle and brakes with heat stored after an extinguisher was used to put out fire. Pulled hand line and cooled area.

On Dec. 10 Loretta McKenney completed an EMT class through Coconino Community College. She plans to take the National Registry exam in January.

On Dec. 24, WFD assisted Toys for Tots — USMC out of Flagstaff with distributing toys for local children in Williams. 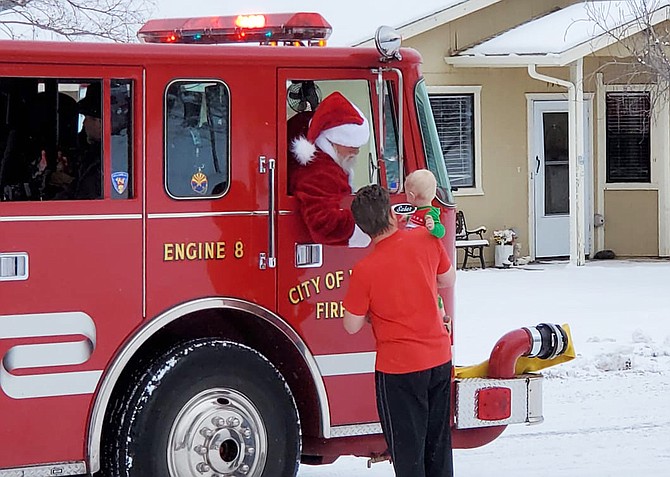 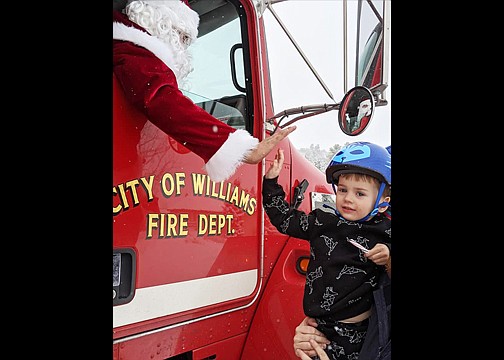 On Dec. 24, Firefighters Pettit, Anderson, Cruz and Perkins helped two families by helping distribute holiday dinners and gifts. The event was coordinated in partnership with the American Legion, who adopted a family for Christmas.

On Dec. 25, WFD handed out candy canes to Williams residents. Engine 7 and Engine 8 were used to distribute the candy canes. Firefighters Sandoval, Anderson, Maebe and family and friends helped.