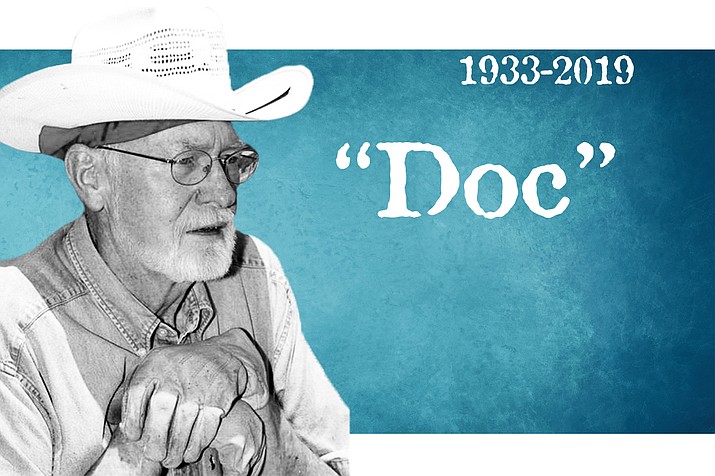 Jim Wurgler takes a break from working in his yard in Williams in 2005. Wurgler was a tireless advocate for rural medicine and passed away in November 2019. (Photo/Dennis R. Shirley)

GRAND CANYON, Ariz. — Dr. Jim Wurgler, 86, the innovative physician who brought his talents and compassion to the Yosemite and Grand Canyon medical clinics, and later the Williams Health Care Center passed away Nov. 13.

Wurgler was an integral part of the Williams community where he practiced his final few years of medicine and then served on the Williams City Council where he took a special interest in the economic development of the community.

“Dr. Wurgler was a true gentleman, a first-class gentleman who did a great job for the city of Williams,” said Williams Mayor John Moore.

Wurgler was also involved with regional medical groups and served as the Chair of the Board of Directors for The Northern Arizona Regional Behavioral Health Authority (NARBHA) Institute and served as a board member of The Guidance Center. He was recognized by NARBHA for his work illuminating behavioral health and criminal justice needs.

“He wanted to appreciate and understand the benefit of rural medicine, most of our lives we were in rural settings,” said Wurgler’s wife, Jody.

Wurgler grew up in the small community of Marfa, Texas and attributed his interest in nature from the family trips to Big Bend National Park. 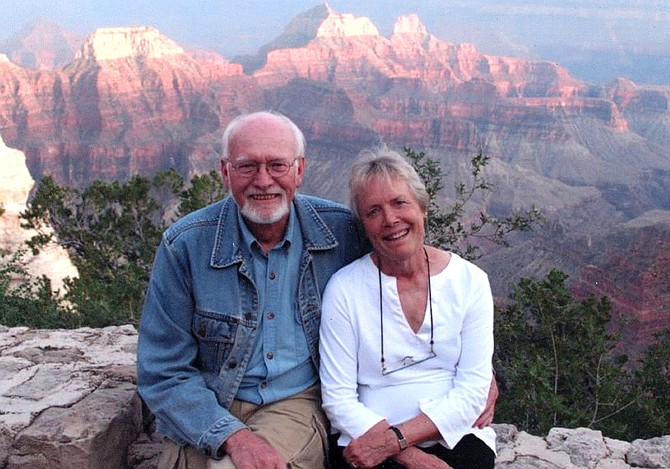 “That was kind of our local national park,” Wurgler said in a 2016 interview with Grand Canyon Historical Society.

As a child, Wurgler was interested in chemistry and math but never considered a career in medicine until his high school principal noticed his aptitude for science and compassion for other people.

Wurgler left his small community and had a bit of culture shock when he arrived at Southern Methodist University for his pre-med studies.

From there Wurgler attended the University of Texas Southwestern Medical School for his doctor of medicine degree and then headed to California for his residency.

“I had never been to the West Coast, never had seen an ocean,” he said. “It was an adventure.”

It was during his time as an intern in California that he met Jody. Jody was attending the University of California at Davis.

“(It was) his personality definitely and his character,” Jody said about what drew her to Wurgler. “I appreciated his respect for me.”

Jody said as a home economics major she studied bacteriology, food science and nutrition which helped her relate to Wurgler.

“He was very nice and respectful besides being an interesting person to talk to,” she said. “I felt like I could talk on his wavelength, how he talked and understood things. I think that’s what kept us together.”

Jody and Doc went on to get married and spent their honeymoon camping in British Columbia.

Wurgler told Jody “If we get married, I’m going to want to do a lot of camping.”

During his first years in California, Wurgler spent a lot of time driving through the Sierra Nevada Mountains and the foothills of Sacramento. He explored many of the small communities that were advertising for a doctor. He was interested in setting up in a small rural town, but also valued social interactions and intellectual conversations.

“I appreciate the things that other people bring to the table and have conversations about,” he said.

Eventually Wurgler began working at Butte County Hospital near Oroville where he honed his skills in surgery, delivering babies, taking care of pediatric patients and running an emergency room. He said it was there that he learned the importance of a team work.

“You’ve got to have nurses, your lab techs, the people who clean the floors and social workers,” he said. “It’s a combination of people working together as a team. I’ve been able to carry that with me to the other places I’ve gone. It was one of the characteristics of our practice in Yosemite and Grand Canyon.”

While in Oroville, Wurgler became aware of a summer physician’s program at Yosemite. Wurgler loaded up his family in his Volkswagen bus and set out to visit the clinic and do some camping.

“I had my camping clothes, I just wanted to say hello to the guys and chat with them,” he said. “I came out with the job.”

That first summer at Yosemite made a huge impact on Doc and Jody. They found a strong intellectual community that nurtured their curiosity. 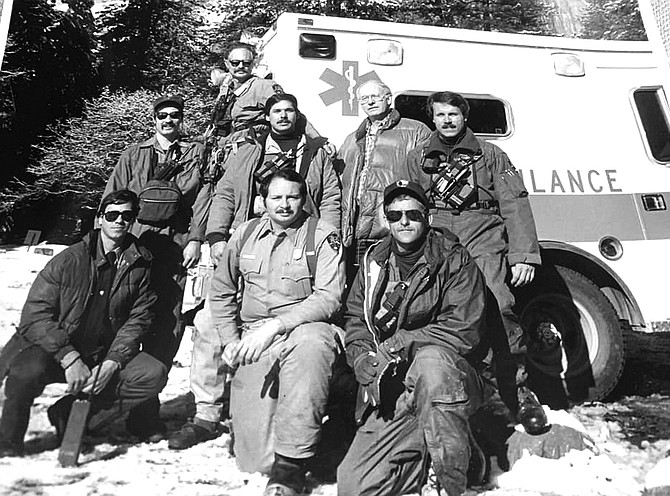 “It had a really sophisticated group of people,” he said. “Multiple PhDs working for the park service. There were like 300 park service people running all the way from people who did landscaping work and road jobs up to people who were in biology.”

Wurgler was also challenged by limited technology in Yosemite Valley.

“You had to use your know-how,” Jody said. “That is what Doc had through trial and error. He was the epitome of the country doctor.”

It was during his first few years at Yosemite when Wurgler was drafted into the military to serve in the Vietnam War.

Wurgler was not a supporter of the war and found it difficult to leave his family for Fort Rucker and later to Vietnam.

“I made peace with myself,” he said. “If I had the courage of my convictions I would have found a way to say ‘No, I’m not going to lend my body, my physical self, my capabilities, to something I consider to be the wrong thing to do.’ But since I didn’t have that, then I owed it to the people I was working with or for to say “Okay, I don’t like what we’re doing. I think it’s the wrong thing, but I have agreed to a certain set of rules and regulations and behavior patterns and I will do that to the best of my ability.”

Upon returning to Yosemite, Wurgler and his partner Roger Henrickson obtained a concessionaires contract to run the Yosemite Medical Clinic.

He worked closely with park rangers and other emergency personnel and revitalized the Emergency Medical Training program in 1978. He helped the clinic develop a mobile intensive care unit where medically trained personnel could treat patients enroute to the hospital. Wurgler became known as “the ranger’s doctor” for his efforts in working closely with park personnel.

After 23 years at Yosemite, Wurgler was offered a position as a consultant at the Grand Canyon Clinic.

In June 1989, Doc took over the leadership of the Grand Canyon Clinic using his experiences from Yosemite to help shape a more modern medical facility.

Wurgler found that the population and needs were different at the Grand Canyon, and it was necessary to work closely with Flagstaff Medical Center.

“My so-called medical career was mostly spent in two places, moving around various places,” Wurgler said. “It was the joys of the practice — I had the local population who were folks who needed ongoing care. They were regular folks. They would come sometimes regularly. Sometimes more regularly than I wanted. Sometimes not very regularly. It was like they were part of a family, a patient/staff/physician/team. The other practice was the urgent care part. I really enjoyed the urgent care part.”

Wurgler spent the last five years of his medical practice in Williams where he moved with Jody. Upon retirement, Wurgler became active with the Williams Economic Development Committee and the Williams Clean and Beautiful Committee.

“As a councilman he was well-respected because his decisions were well informed,” said close friend Michael Vasquez. “The community lost a good doctor years ago and has now lost a good councilmember — and I’ve lost a good friend.”

Wurgler’s last major effort was to assist North Country HealthCare in establishing a family practice residency in rural medicine. He relished the opportunity to help aspiring doctors understand and appreciate rural medicine. He was planning to lead the first group of residents on “rural grand rounds” in summer 2020. According to Jody, Doc was very proud and excited about this project.