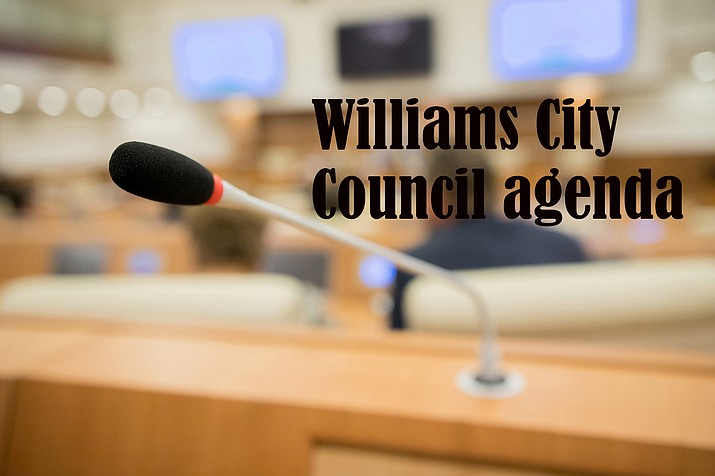 The Williams City Council has several items to discuss on their Jan. 9 agenda including whether to extend city water to Lazy E Subdivision. 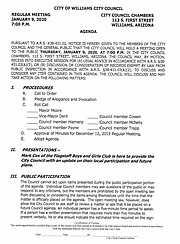 A request was made by Lazy E subdivision property owners enquiring about the feasibility of the city providing water service to their homes, which do not currently have water service, are in the city limits, and are adjacent to a subdivision with city water lines.

The property owners have expressed a willingness to repay the city at an interest rate of 3 percent per year for a repayment period not to exceed 10 years, the cost of which shall be added to their water bill.

Other items on the agenda:

The city council will also hear from the Boys and Girls Club regarding future projects and plans for the Williams community.

The council will consider whether to approve an Arizona Department of Transportation grant of $450,000 for airport master planning services. ADOT would provide $405,000 in funding and the city would provide a $45,000 match.

The council will consider whether to host these exercises which will come at no cost to the city. The exercises are “non-kinetic” and post no liability to city not pose any risk to the public.

The council will convene to executive session to discuss finance director applicants.

Williams City Council meetings are open to the public. Regular meetings are at 7 p.m. on the second and fourth Thursdays at City Hall, 113 S 1st St. in Williams.