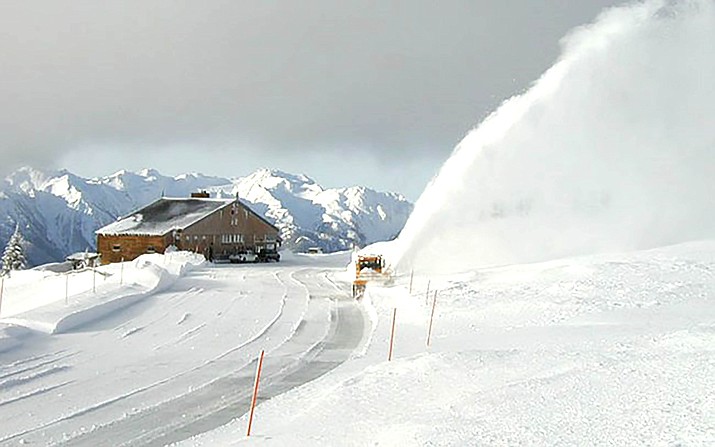 A snowblower clears the parking lot at Hurricane Ridge in winter. (Photo/NPS)

PORT ANGELES, Wash. — A search and rescue team located a missing snowboarder early Dec. 29 at Hurricane Ridge who was last seen the afternoon of Dec. 28 taking the intermediate rope tow to the top of Sunrise. He was found in good condition after spending the night in temperatures ranging in the low thirties. He sustained minor injuries and after being given food and water he was able to snowshoe back up to the Hurricane Ridge Visitor Center with assistance from the team.

The 30-year old male from Brooklyn, New York was reported missing by his girlfriend at 4:30 p.m. Dec. 28 after he did not return from snowboarding. Park rangers and employees of the Hurricane Ridge Winter Sports Club searched for three hours before it became too dangerous to continue due to the dark and foggy conditions. A team of more than 30 people were organized to continue the search the following morning. The opening of Hurricane Ridge Road on Sunday morning was delayed until 10:00 am to facilitate the search and rescue operation.