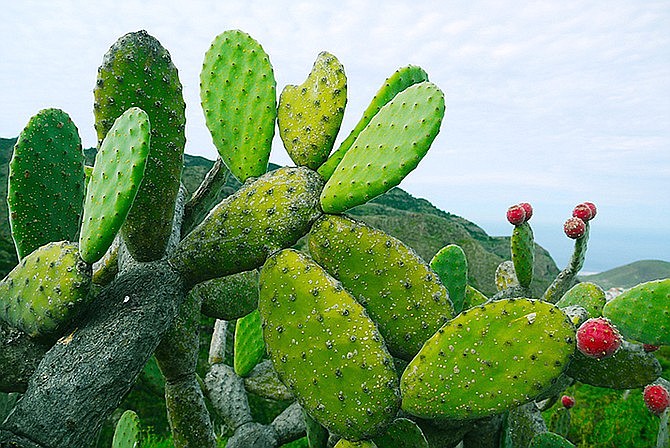 The prickly pear cactus is the unlikely source for a type of plastic developed by researchers in Mexico. Juice from the cactus is mixed with plant-based additives, rolled flat and dried, producing a film similar to that used in the plastic shopping bags – but able to break down in weeks in a landfill instead of centuries regular plastic takes. (Photo by MonikaP from Pixabay)

PHOENIX — America generates almost 38 million tons of plastic waste every year, ranking second only to China. That’s a lot of plastic, and despite decades of recycling efforts, the bulk of it winds up in landfills and waterways.

To come up with a more sustainable substitute, researchers at the University of the Valley of Atemajac in Zapopan, Mexico, have turned to the juice from the prickly pear, or nopal, one of several cactus species of the genus Opuntia.

They’re beta-testing a nontoxic, plant-based plastic that can decompose in a few weeks. By comparison, it takes several centuries for normal plastic bags to break down in landfills.

“I believe that it is never too late to start changing things,” Sandra Pascoe Ortiz, a chemical engineering professor working on the discovery, told Forbes in July. “Every day there is a new opportunity to do things better, so if we each do what we have to do, there is another opportunity to reverse all the damage we have done to the planet.”

The juice is extracted from the cactus, mixed with plant-based additives, rolled flat and dried. The resulting film is similar to that used in the plastic bags commonly available at grocery stores. The process takes about 10 days to complete.

These cactus juice bags take about two to three months to break down in soil and only a week if they’re put in water or compost.

America wastes a lot of plastic, especially from the grocery store. Plastic makes up 19% of all waste at landfills, second only to food.

According to the Forbes article, a number of companies have expressed an interest in biodegradable bags, and Ortiz said researchers are looking for ways to scale up operations.