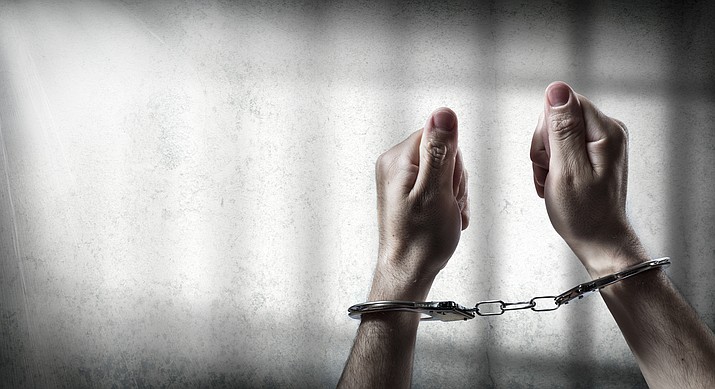 FLAGSTAFF, Ariz. (AP) — A Flagstaff man who was wrongfully arrested on suspicion of selling LSD has offered to settle the matter with the city for $350,000.

Tremayne Nez, who is Navajo, spent more than 30 hours in jail after being arrested in June as part of a multi-agency drug operation. His mug shot was circulated online, and he said he was placed on administrative leave from his job and subjected to a drug test.

Police have said his arrest was a case of mistaken identity and apologized to him.

Nez has said even mistakes should have consequences. One of his attorneys, Gary Pearlmutter, filed a claim with the city last month, saying Nez suffered anxiety, embarrassment and fear because of the false arrest, loss of wages and had to drop an internship he needed to graduate from college.

The Flagstaff Police Department is liable for the damages and for publishing false information on Nez, Pearlmutter said.

"Our opinion is that the police should have exercised more diligence in identifying the person who sold the LSD to the informant," Pearlmutter said earlier this week. "They appear to fail some of their own policies when it comes to doing photo identification."

The claim letter, dated Dec. 11 and obtained by The Associated Press through a public records request, is a precursor to a lawsuit. It gave the city 60 days to respond to the settlement offer of $350,000, which includes attorney fees.

Nez and the real suspect share a nickname, are in their early 20s, are Native American and have similar physical features. But Pearlmutter said police did not diligently cross-check the description, an address or a phone number that a paid informant provided to police before arresting Nez.

Nez, for example, doesn't have crooked teeth and wears glasses, unlike the actual suspect, his attorneys said.

The police department reviewed its policies and procedures after misidentifying Nez as a suspect to ensure it doesn't happen again with anyone else, department spokesman Sgt. Charles Hernandez said.

He declined to say what changes have been made, citing the nature of undercover investigations and potential litigation.

The charge against Nez was dropped, and the court returned a $15,000 cash bond his family posted. His name still appears on a public access site for Arizona courts. Pearlmutter said Nez still gets asked about the arrest.

No illegal drugs were found in Nez's home.