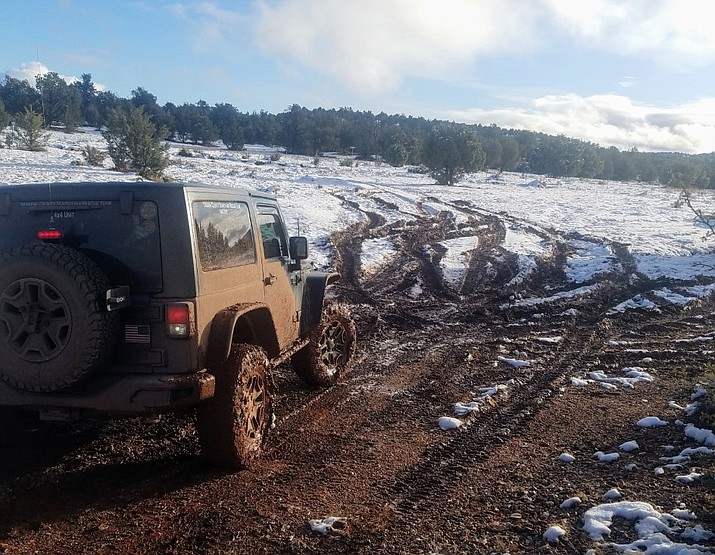 ASH FORK, Ariz. - A 57-year-old man spent a cold night in the woods near Ash Fork until Yavapai County Search and Rescue found him huddled under an abandoned camper shell in an old hunting camp Dec. 27. 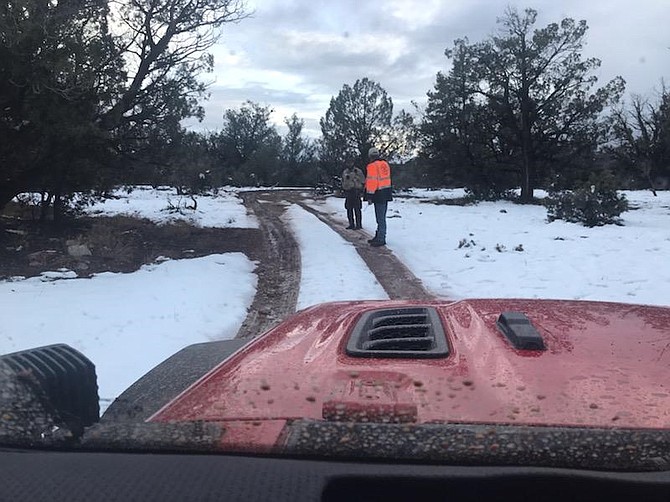 The Ash Fork man had not been seen since the afternoon of Dec. 26 when his roommate said he walked away from their trailer and had not returned.

The backcountry team located footprints in the snow and mud that led north through rugged juniper terrain. Believing the tracks could belong to the missing man, the team began following the tracks. The 4x4 team worked through challenging muddy and rutted roads to contain the search to eliminate routes that led away from the missing man’s last know position.

As the day was neared sunset with a pending snowstorm soon to arrive, rescuers found the missing man inside the camper shell at an old hunting camp. He had spent the night huddled next to a small campfire he managed to build and was without food and water since the previous day.

Authorities said the man was cold and exhibiting hypothermic symptoms including shivering, confusion and weakness. Rescuers learned the man had been trying to walk back to his trailer but had been going in the wrong direction.

“Even though the search was winding down due to darkness, the dedicated teams continued following footprint tracks and eventually checked the old hunting camp where the tracks ended and found him,” said YCSO spokesperson Dwight D’Evelyn in a media release. “Another night in these conditions would have been extremely difficult with limited chances of survivability.”

YCSO advised the public of the importance of contacting emergency services quickly once it is determined someone is missing, especially under difficult weather conditions.

“If lost, it is always best to remain stationary and let rescuers come to you,” D’Evelyn said. “Generally, attempts to self-rescue create more difficulty for search teams when you do not remain in one place while increasing your risk of injury or death when attempting to traverse unfamiliar terrain.”