Why do we skydive at the Grand Canyon? Skydiving owner shares why he operates skydiving business 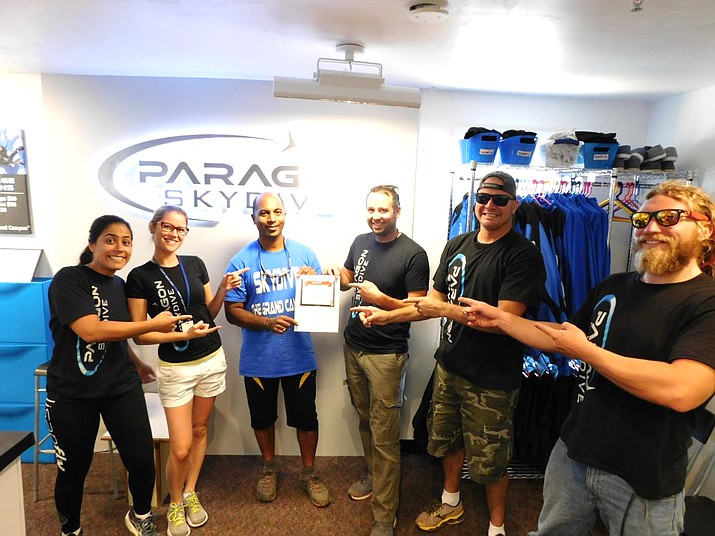 GRAND CANYON, Ariz. — We get a lot of people visiting the Grand Canyon asking us why did we start a skydiving business here?

Most people presume it was for the money, however, that could not be further from the truth. There is a very common saying in aviation that goes something like this, “If you want to make a million dollars in aviation, start with two.”

This is true with all aviation, but even more so with skydiving, where you not only require aircraft, pilots, mechanics and check-in staff like other air tour or transport companies, but you also need additional instructors for each jumper, parachute packers, expensive skydiving equipment, ground crew and vehicles.

On top of the normal struggles that come with any business, it seems that there is always opposition to a skydiving business in one shape or form. This was the case with Skydive the Grand Canyon, where it took lawyers and over four years just to be allowed to operate. Once you get operating, you are constantly under threat of losing your business at any point through no fault of your own, simply because someone in authority doesn’t like skydiving or even through a freak accident that changes the public's perception on how safe tandem skydiving really is. Your business could fail to exist at any moment.

So why keep going?

So why are we actually here again?

It’s for the 85-year-old lady who comes down from her skydive and says that it’s the best thing she has ever done in all her 85 years of living on this Earth.

It’s for the countless people challenging themselves and overcoming their fears.

It’s for the phone call from a mother saying that we saved her son from suicide.

It’s for the lady that promised to skydive with her son when he turned 21 but never got the chance and then on the 25th anniversary of his 21st birthday released his ashes on a skydive over the Grand Canyon.

It’s for all the lovebirds that chose to include us in one of the most important moments of their lives.

It’s for all the friends that make memories together that they will never forget.

It’s for the woman that comes skydiving with us for the first time, and then six months later was diagnosed with an inoperable disease and has been given a one month prognosis — the one thing she wanted and was able to do was come back and skydive over the Grand Canyon again with us.

Every time the question comes up the only answer I have is that there really is no question. We are here because of the people mentioned above and the many others that we were able to contribute positively to their lives in some small way and for the many more people we can hopefully have some form of positive impact on their lives in the future.

If you are going to skydive once, Skydive the Grand Canyon!