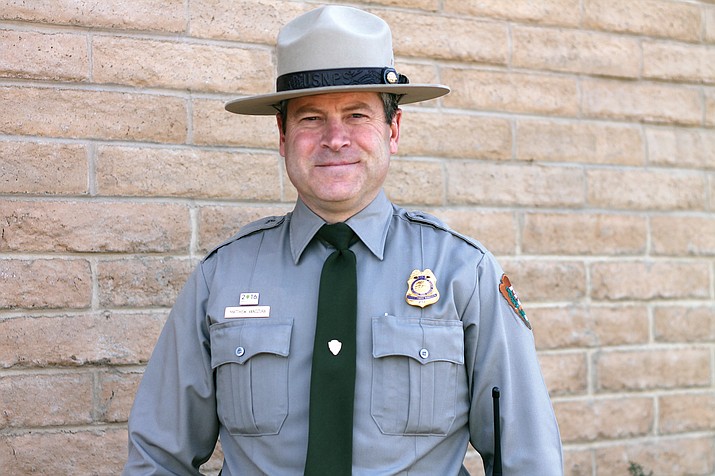 TUSAYAN, Ariz. — Matt Vandzura, chief ranger at Grand Canyon National Park, was named the 2020 Community Leader of the Year by Grand Canyon Rotary for a variety of contributions he has made to the Grand Canyon and Tusayan area since taking his position in 2016. 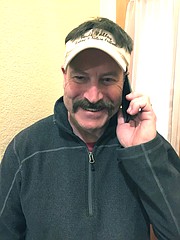 Matt Vandzura reacts after learning he was selected as 2020 Community Leader of the Year. (Photo courtesy of Abigail Kessler)

The award is meant to highlight people who go above and beyond to connect the Grand Canyon and Tusayan communities. The presentation speech praised Vandzura for his involvement in several different projects, especially over the past year, and his organizational work behind the scenes.

Vandzura said his contribution was mainly in connecting skilled people with specific needs and helping leaders of local projects understand government processes that could benefit them.

"We have good community support," he said. "My role mostly is trying to know the government and help the people who know how to take care of other people, [who] have passion. To try to help them navigate the government mechanism here."

And Vandzura has made a lot of connections in his time at the Canyon. As he discussed the work he is working to accomplish in the park, he mentioned at least a dozen names, spiraling out to encompass a range of area fixtures. Much like a typical small-town atmosphere, everything seems to be connected, often in unexpected ways. One project leads to another and the people involved have ideas to expand and improve. Vandzura sees his role more as creating a space to facilitate these connections rather than going out to do everything himself.

"That's sort of the origin story of all of this," he said. "I recognize the need, but I can’t start, [for example], another AA meeting, unless I want to do the work. So you have to find people, you just have to be ready to provide the resource when somebody who can do that wants to do that."

The main way Vandzura feels he has managed to do this is by starting a Community Wellness Group, which meets twice a month.

people, folks calling in on the phone. We've gotten a lot of support."

This sort of work is actually very similar to his official role in the park. As chief ranger, Vandzura oversees various branches of the National Park Service and helps them get the resources needed. With visitation continuing to rise (almost 6 million visitors in 2019), this sort of organizational work, while perhaps not especially exciting, is incredibly necessary. He also has a real passion for improving the Park for residents as well as visitors, and tries to include this in his work as often as possible.

Vandzura personally has a long history with the park and has seen firsthand some of the ways it's changed over the years. In the 1990s, Vandzura worked as a ranger in the park for six years before heading to Yellowstone and then Organ Pipe National Monument, where he first served as chief ranger.

Grand Canyon Rotary Treasurer Mike Scott (who Vandzura has collaborated with on several projects, including the local Food Pantry) called the night of the announcement to let Vandzura know he'd won. At the time, Vanduzura was with family in Colorado.

According to Scott, Vanduzura said it was, "Very heartwarming to be recognized for the efforts, [though] it's really the efforts of the whole community."