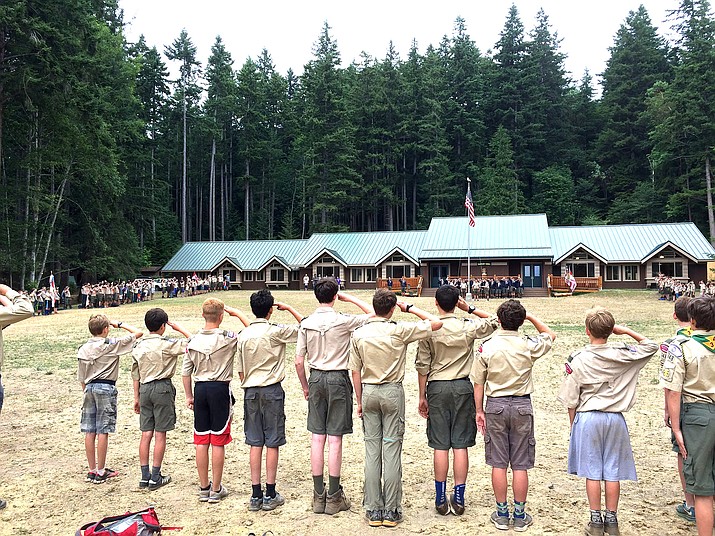 Scouts at a camp in Washington in 2015. The Boy Scouts of America, faced with up to $1 billion in potential damages from sexual abuse lawsuits, filed for bankruptcy, but Arizona officials said Scouting on the state and local level will not be affected. (Photo by Richard Sprague/Creative Commons)

WASHINGTON — Arizona officials said Boy Scouting in the state will not be affected by the Boy Scouts of America’s decision to file for bankruptcy Feb. 18 as the national group grapples with up to $1 billion in damages from decades of sexual abuse lawsuits.

Andy Price, CEO for the Scouts’ Grand Canyon Council, said the bankruptcy will allow the national organization to compensate victims of what he called “historical incidences” of abuse while allowing scouting activities to continue.

While any incident of sexual assault is horrific and incredibly sad, he said parents need to know “scouting is very, very safe” now.

“There is no reason to expect that any services would be impacted to our local Scout troops, our camps, our programs,” said Price, noting that councils in the state are legally and financially independent from the national organization.

The BSA said in a statement that it will use the Chapter 11 bankruptcy to create a trust fund to provide “equitable compensation” to victims of abuse while they were Scouts. The organization said in 2018 that it has a “social and moral responsibility” to compensate victims of abuse.

“We are outraged that there have been times when individuals took advantage of our programs to abuse innocent children and sincerely apologize to anyone who was harmed during their time in Scouting,” Tuesday’s statement said.

Expert witnesses have testified to evidence of more than 12,000 victims of abuse from 1944 to 2016. The Scouts said in their statement Tuesday that about 90% of claims stem from incidents around 30 years ago.

There were more than 38,000 youth registered in 1,700 Scouting units in Arizona in 2018, the latest year for which numbers are available, and almost 18,000 registered adult volunteers in the state.

The decision to declare bankruptcy comes as more states, like Arizona, are changing laws that have kept victims from filing claims that they were sexually abused as children. In 2019, Arizona was one of nine states to pass laws expanding that statute of limitations on old cases, limitations that were an “arbitrary barrier to justice,” said Will Laird, state government affairs officer with the National Children’s Alliance.

The Boy Scouts currently require youth protection training and background checks for all adults and have policies prohibiting one-on-one interaction between Scouts and staff. Any abuse must be reported to law enforcement and any individual accused of abuse must be removed from the organization, according to the organization’s youth safety page.

Price said in the 15 months he has been at the Grand Canyon Council, there have been two allegations of inappropriate behavior: One, found to be a misunderstanding between a youth and a leader, was later retracted and the other was a bullying claim between Scouts.