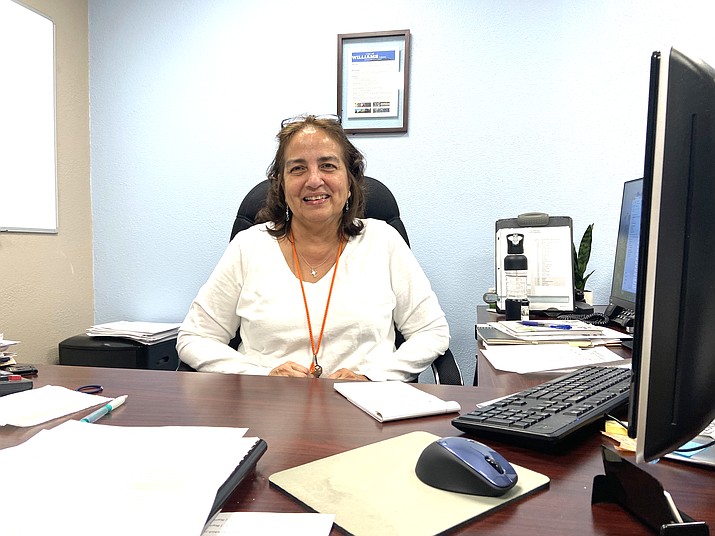 The city of Williams has selected Barbara Ashley as the new finance director. (Wendy Howell/WGCN)

WILLIAMS, Ariz. —The city of Williams has selected Barbara Ashley as the new finance director.

Ashley’s official first day was Feb. 14, but has been working in an interim capacity since mid-October.

Ashley comes to the city with over 30 years of finance experience, working in finance for the city of Sedona and also Pinetop-Lakeside.

Born in Arizona, but raised in California, Ashley is happy to make Arizona her home. Most of her family is in the Phoenix area.

Although Ashley has been working in interim capacities for the past few years, she became interested in full-time after serving a short time with the city of Williams.

“I’m glad to be moving back up to the mountains,” Ashley said.

Ashley began her career in finance working part-time as an AP clerk for the city of Sedona.

“I just kind of grew up from there,” Ashley said. “I started at the bottom and worked my way up.”

After working 23 years in Sedona, she moved to Pinetop-Lakeside where she served as finance director.

“But it was just too far from home for me,” Ashley said. “I wanted to work closer to home.”

Working in an interim capacity allowed Ashley to move around the state. She said her most recent home was in the Phoenix valley. She now plans to move to Williams with her latest position.

With the city of Williams, Ashley’s responsibility will be maintaining the city budget.

“Money coming in has to match the money going out,” she said. “My job is to just guide everybody in the right direction. Make sure they pay their bills and have the money to do it, that’s what it boils down to.”