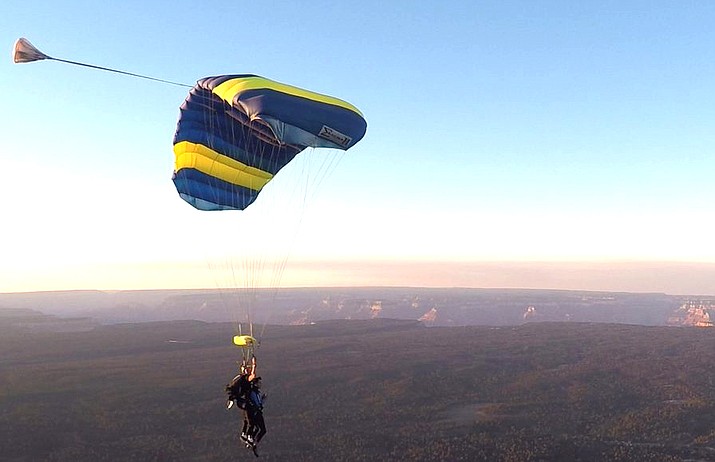 GRAND CANYON, Ariz. — It’s been four years since the world was first invited to explore the air space above Grand Canyon through skydiving. Since then, Skydive the Grand Canyon, operated by Paragon Skydiving has had its fair share of trials and growth.

“We are looking forward to the next summer,” said Jodie Taylor, marketing director for Skydive the Grand Canyon.

She said one of Paragon’s goals in 2020 is to get the word out that skydiving is an option at the Grand Canyon.

“I think a lot of people come down here and they just sort of figure out that we’re here once they’re already here and they’ve already made their plans,” Taylor said. “I’m just trying to sort of let everyone know and get the word out there and hopefully next summer will be better than our last.” 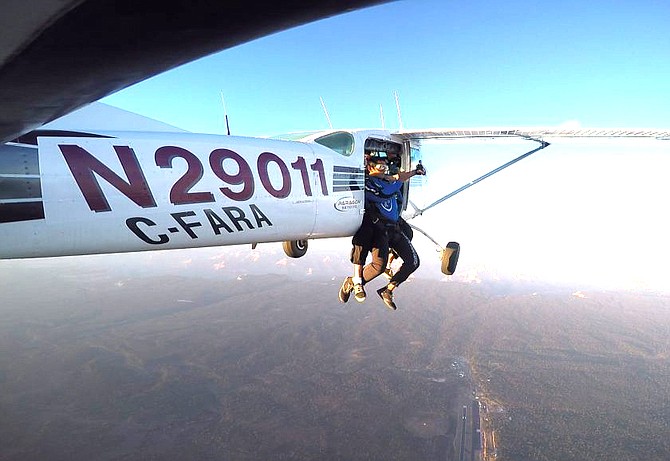 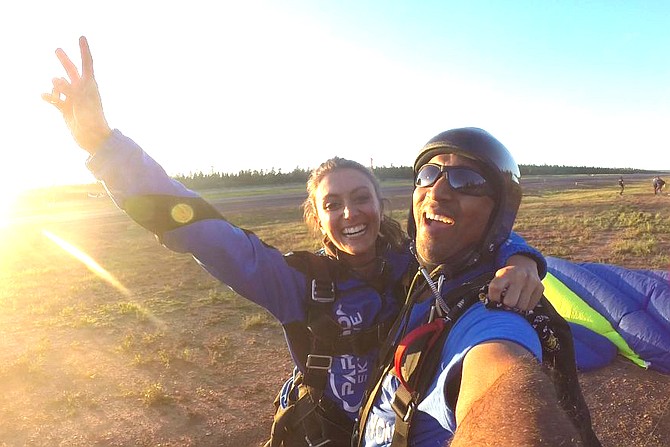 Paragon struggled with the death of a British tourist during a tandem jump in September 2019.

“I definitely think it has made an impact on (bookings),” Taylor said. “That is a scary thing for people to read about or even hear about.

The incident, which resulted in injuries to the skydiving pilot and death of the 55-year-old man, is still under investigation. Reports at the time indicated that the skydive had been going as planned until the pair encountered difficulties when approaching the landing area. These difficulties caused the pair to free-fall for an unknown distance and hit the ground in what was described as a hard landing.

Paragon is a tandem only operation.

Taylor said official reports regarding the accident have still not been made available and said the company did experience a decline in bookings after the incident.

“That unknown factor has 100 percent affected our bookings,” she said.

Taylor said Paragon has taken steps to improve landings for skydivers. She said the company now has a custom-designed landing area, made out of recycled car tires, shredded up to make a soft landing pit.

“This gives our customer a nice soft landing for their skydive experience,” she said. “We are the only drop (site) in the world to you have this custom-designed landing pit.”

Other improvements at Paragon include a new and improved video editing system, which provides customers with videos and photos within 10 minutes after their skydive, a new scenic vision aircraft, allowing customers to have a clear view of the Canyon from both sides of the plane and an upgraded plane capacity to fit three people at a time for skydives.

Additionally, Paragon is introducing an updated booking system where customers cut their check-in process in half.

According to Taylor, it was taking Paragon up to three hours to complete a skydive, now, since customers can check-in prior to arrival, it has drastically improved turn-around time.

“Now they can literally get dressed and go,” she said. “People are traveling, people have a tight schedule and they want to get in and out so they can get to the next place …. the actual process of the check-in has been cut in half.”

Once customers are in the plane, it takes about 15 minutes to ascend and seven minutes to descend.

Taylor said safety hasn’t been overlooked and customers must still watch an informative video and sign a waiver at home.

“To make sure people watch the video we have to get them to describe it to us,” she said. “If anything, I sort of think they get a little bit more time to think about it and read over it because signing a waiver when you’ve got 10 other people behind you waiting to check in and you’re going through that process … you sort of just want to get it done.”

Despite the upgrades, Taylor said pricing will remain the same.

Additionally, Paragon is excited to be rated as one of the top 10 places in the world to skydive. They were recently listed as the highest drop zone in the world, according to Taylor.

More information is available at www.paragon-skydive.com.