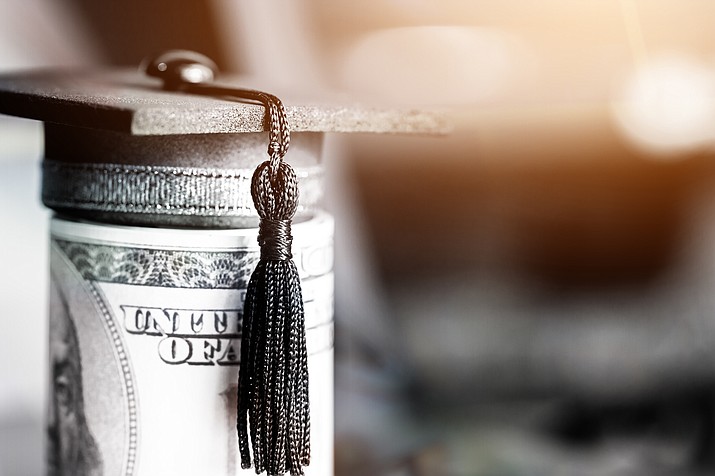 The 7-3 vote by the House Education Committee for HB 2790 came despite objections from the Arizona Board of Regents and the three state universities they govern, currently the only publicly funded schools allowed to award baccalaureate degrees. Regents’ lobbyist Brittney Kaufmann questioned the need, saying the universities already have partnerships with every community college to offer four-year degrees, though that can require a student to complete the program through the university, either on campus or online.

But Darcy Renfro representing the Maricopa Community Colleges, said it’s not as simple as that. She said there are some programs that students cannot get through one of these partnerships.

And then there’s the cost.

Renfro said a full-time student at her schools pays about $2,500 a year. And what that means, she said, is the ability to get a four-year degree for as little as $10,000.

By contrast, tuition for a single year at one of the state’s three universities runs more than that.

The measure is being pushed by Rep. Becky Nutt, R-Clifton.

“This is a vital, I should say, very important to rural communities where we lose our children often to the cities,’’ she told lawmakers. “They don’t have the option in their rural community to finish that four-year degree oftentimes.’’

And she stressed to colleagues that nothing in her legislation forces any community college to expand its program.

Instead, Nutt said, it allows each governing board to decide if they want to offer such degrees and whether they have the capability to do so. And she said that none of this would require additional state aid.

Much of the push is coming from Eastern Arizona College in Safford, the area Nutt represents.

“It is meant to support students,’’ said Gibson McKay, a lobbyist for the school.

“What we’re attempting to do is allow students to get an education within their community,’’ he continued. “A lot of them can’t leave to go to universities.’’

“The big winners in this are the kids,’’ he said, “the kids that are going to benefit from not having to lose their jobs that they might have had for two or three years during high school and the expertise they have in the local economy.’’

And it’s not all academic. Fillmore referred to “the raging hormones at that age’’ and the fact that being forced to leave for college elsewhere means relationships that are torn apart.

She said universities have 245 programs leading to baccalaureate degrees through every community college. And Kaufmann said that the most recent figures show they served 3,600 students, with a 75 percent graduation rate.

Kaufmann did not dispute the cost differential.

Anyway, she said, there are “institutional costs’’ that make a university-provided education more expensive — costs that Kaufmann said may have escaped the community colleges that want to go down this path.

Nutt, however, said nothing in her bill forces governing board members to approve anything they cannot afford.

Some legislators not convinced.

Rep. Jennifer Pawlik, D-Chandler, said she understands the cost of a higher education.

But she said the universities appear to be open to providing programs that perhaps are not offered in local communities. And Pawlik said that makes legislation like this premature.

“I feel there needs to be more conversation,’’ she said.

“The question is, is it feasible?’’ Peten added, what with having to add not just faculty but also equipment and physical space. “I didn’t hear anything that convinced me that you could do that without any more additional funding.’’

The measure goes to the full House after constitutional review.