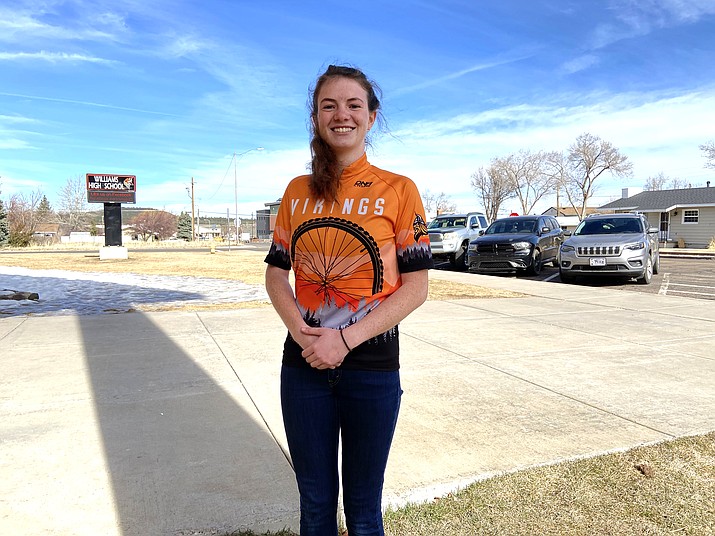 Samantha Russell is a senior at Williams High School. She has been attending school in Williams since kindergarten.

Samantha has participated in the band, mountain biking club, choir and drama. She is also involved in Upward Bound and the National Honor Society.

Samantha said her favorite classes include band and math.

Samantha said Mrs. Stearns has been a big support to her, as well as Mr. Honsinger.

“She (Mrs. Stearns) is there every step of the way and she’ll help you with everything outside of class,” she said.

One of her favorite memories is riding mountain bikes to practice in downtown Williams and having a fellow team member run into a road sign.

She plans to pursue a mechanical engineering degree at Northern Arizona University. She is also waiting to hear about a possible appointment to West Point.