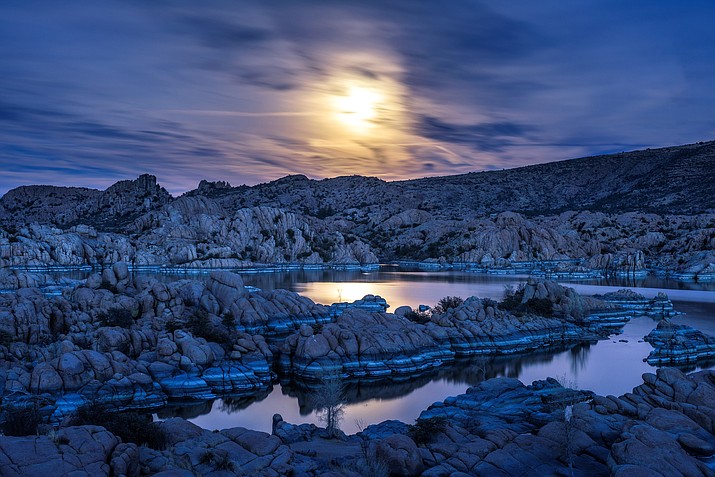 According to county sheriff’s officials, reports of a loud boom started coming in at around 7:20 a.m. from all around Yavapai County.

Twitter feeds from residents as far away as Phoenix also reported hearing the sound.

“Wow. Just saw a daytime meteor in the north sky. Anyone else in Tempe or Phoenix see that?” George Tenney of Tempe, Arizona asked.

Some witnesses reported seeing a green streak of light shooting across the morning sky.

According to Prescott Valley Police Cpl. Matt Hepperle, the police department is still taking reports, but have nothing specific to investigate.

“No damage was reported,” Hepperle said.

He added that they still don’t know what the source of the booming sound was.

At 9:45 a.m. the Yavapai County Sheriff’s Office indicated on its official Facebook page that the best explanation of the noise seemed to be “some sort of meteor event, as witnessed by numerous residents in the area.”

Some local residents reported unusual events Sunday morning. One resident reported hearing “two booms,” one at 3 a.m. and another a few minutes later. He said he did not hear the noise at about 7:20 a.m.

Kieran DeLander, who lives near Humboldt, observed a large plume of smoke toward Cherry Road.

Robert Ward and his wife, Anne Marie, are two Prescott residents who felt and heard the loud boom.

They believe they know exactly what happened.

“A space rock entering the atmosphere pretty much right over the house at 22,000 miles per hour,” Ward said.

Ward has been hunting meteorites around the world for about 26 years. Never before had he personally experienced an event like this.

“From my personal perspective, this is a meteorite hunter’s dream come true,” he said. “You always dream of a fall in your backyard. Well it just happened.”

As soon as they could, the couple went looking for eyewitnesses who could help them get a better sense of where the blast took place.

The hunt led them to Williamson Valley Road and Chino Valley.

“We have eye-witnesses who actually reported black rocks coming out of the explosion,” Ward said.

Ward also operates a high-definition sky camera in his backyard. Using data from that monitoring system and the information collected from witnesses, he’s hoping he’ll be able to pinpoint a general area in which meteor debris may be resting.

“This is one of my career goals: To experience a meteorite fall and actually go and recover a piece of it,” he said.

YCSO spokesperson Dwight D’Evelyn told The Daily Courier at 3 p.m. Feb. 16 that they still had no official confirmation that it was in fact a meteorite.

“We have no idea, this is just based on the sightings of several folks who called in to dispatch and wrote on our Facebook page,” D’Evelyn said. “We were hoping to get some official opinion from professionals who track such events, but that has not happened as of now.”