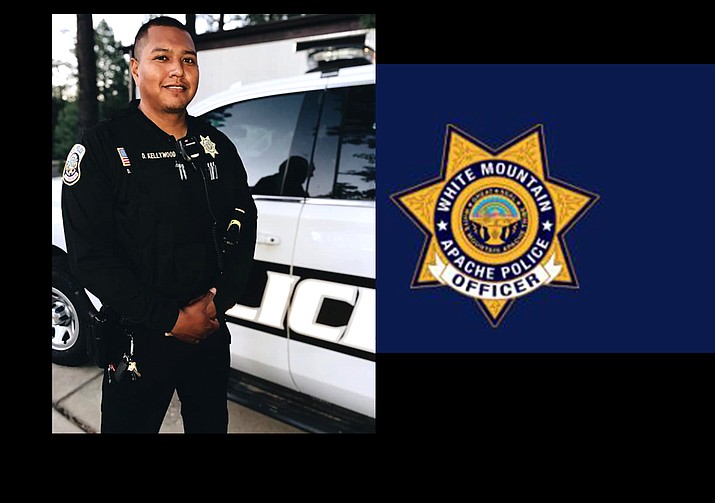 White Mountain Apache Tribe police officer David Kellywood, 26, was killed early Monday morning during a confrontation with a suspect outside a casino in the Pinetop-Lakeside area, which is about three hours northeast of Phoenix. (Courtesy Dawnafe Whitesinger Navajo County Supervisor District 5)

PINETOP-LAKESIDE, Ariz. (AP) — Authorities say a tribal police officer and a suspect were killed Monday in eastern Arizona after the officer responded to reports of gunfire near a casino.

The Navajo County Sheriff's Office says in a news release that the White Mountain Apache Tribe officer was called to the area near the tribe's Hon-Dah Resort-Casino south of Pinetop-Lakeside and located a suspect.

The officer and the suspect engaged in what was described as a "violent" physical altercation and the officer was shot. A second officer then arrived and shot the male suspect.

The suspect and the officer were taken to a hospital where both died. The officer was identified by a tribal councilman as David Kellywood, 26.

"David was a fine officer and genuine man of character," Councilman Jerold Altaha wrote in a Facebook post. "His loyalty and devotion to the public safety of the Fort Apache Indian Reservation will always be remembered."

Gov Doug Ducey ordered flags lowered to half-staff Tuesday to honor Kellywood, who joined the department nine months ago and was a member of the tribe.

The sheriff's office said the FBI was leading the investigation into the shooting. Pinetop-Lakeside is about 180 miles east of Phoenix.