'Murder at the Midnight Hour' performed as Valentine's Day drama 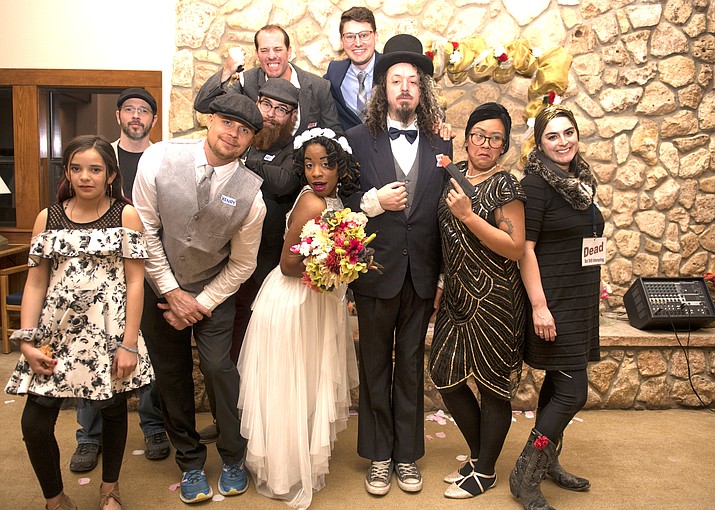 Complete with weapons, action and murder, the drama, under the creative direction of Audrey Stone, took only three rehearsals. 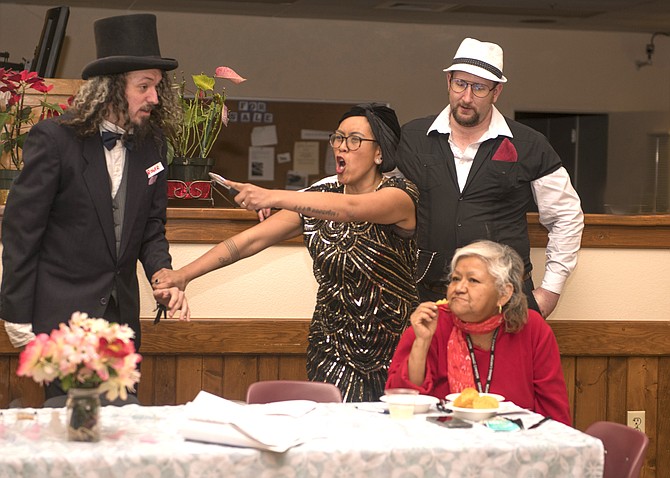 Andy Steele, played Roger Windsor, a whiny ma-ma’s boy and Audrey Stone portrayed his snobby socialite mom who was appalled at the thought of her son marring a pig-farmer's daughter. (Veronica R. Tierney/WGCN)

“There were two alternate endings. If the murderer was correctly named by a majority of the audience, the final scene would have ended with the accidental death of the killer but Mrs. Abigail Windsor, Mother of the Groom, was sly enough to convince the audience of her innocence, and make her escape,” she said.

The audience was invited to solve the case and participated by walking around, asking questions, eavesdropping and examining the evidence.

“Since many of the locals here are far from family and friends, we try our best to put together fun, free events for the community during the holidays,” Stone said. “We had such an enjoyable time doing it, we defiantly plan to do more.”

The Recreation Center also had a light complimentary buffet for attenders.

About Murder at the Midnight Hour

Murder at the Midnight Hour narrator Alistor Clifford, played by Samuel Langner, led the audience through the mystery.

The bride Jewel Hogget, played by Pepper Parker, and the groom Roger Windsor, played by Andrew Steele, were to be married at the stroke of midnight but the wedding was stalled when Roger, a hypochondriac, is suddenly attacked by an assortment of illnesses. Jewel's estranged aunt, Gert Hogget, played by Sara Schumacher, is discovered dead and soon after Roger's best man, played by Bryan Stone, staggers into the room and collapses, dead. With two murders and a killer on the loose, the bride’s father, played by Kyle Ignatowicz, is scripted to be the assumed killer. Both of the deceased were last seen fighting with Henry moments before they died.