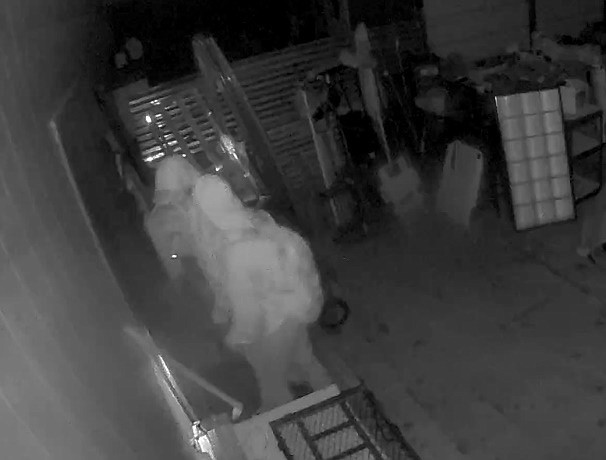 Two juveniles are in custody following a burglary that was caught on video and alerted the residents in Paulden Feb. 10 according to Yavapai County Sheriff’s Office.

At approximately 2:30 a.m. Feb. 10, a woman living on the 240000 block of Prairie Way in Paulden awoke after her phone alert indicated her video security system had been activated in a nearby garage.

Her husband, who was armed, searched the premises to see what tripped the security system but did not locate anyone. However, during a check of the garage area, the couple found the door unsecured and property missing.

Security video recordings showed two suspects attempting to enter the garage. The home owners posted portions of the security video on a community Facebook page where several people identified the suspects. One person indicated the brothers had shared they had stolen stereo equipment from a recent burglary.

YCSO deputies learned the brothers attend Chino Valley High School and contacted administrators. After seeing the video, school officials were able to identify the brothers. With their parents present, both suspects were interviewed at the high school where they admitted to the garage burglary. The suspects also confessed to stealing their father’s truck that same night.

Deputies returned to the home of the suspects and recovered the stolen stereo which had been stashed in a bush. Additional stolen items, including knives and jewelry, were also recovered from the home.

Upon further investigation, deputies discovered another burglary had recently occurred in the 22000 block of Stump Road, less than two blocks from the other burglarized home.

YCSO stated a neighbor who was watching the unoccupied property for the homeowner noticed a broken window and found the house ransacked and a TV missing. It was unknown when the actual burglary or burglaries occurred.

Because these burglaries were within two blocks of each other, the deputy interviewed the juvenile brothers who admitted to burglarizing this home that same morning, and stealing a TV and jewelry.

As a result, they were charged with both burglaries and vehicle theft, and booked into the Yavapai County Juvenile Detention Center.

YCSO is seeking any information from other homeowners of possible burglaries in the Paulden area.