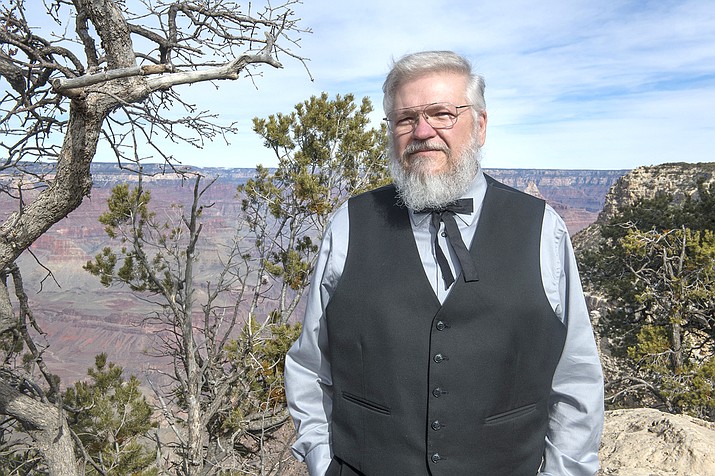 Russell C. Lambert stepped in to pastor Grand Canyon Baptist Church in Grand Canyon Village. Lambert is excited to reach out to community members and visitors in his new role. (Veronica R. Tierney/WGCN)

GRAND CANYON, Ariz. – Stepping into his role as senior pastor at Grand Canyon Baptist Church seems like a natural evolution for Russell C. Lambert whose extensive resume includes decades of pastoring, seventeen years working in corrections and law enforcement as well as being a chaplain through the International Conference of Police Chaplains.

As an author, Lambert has published several books including The Chosen Path, compiled by Patti M. Hummel and co-authored with the late Billy Graham and other writers.

“My wife Bonnie and I are really happy to be here at the Grand Canyon,” Lambert said. “We’re in our retirement years so this is a retirement ministry but at the same time we intend to be here for people as needed. We will be having 9 a.m. services on Sunday and down the road other activities as well.”

Lambert’s approach to pastoring a new church is to take it slow.

“I like to get a feel for the community… come in and slowly see what the needs of the people are and see how I can address those needs. It takes time to slowly implement those processes, sometimes a good year or so,” he said.

Along with his lengthy resume, Lambert is President of Life Passage Ministry, a non-profit church consulting organization engaging in religious charity, medical families help and church consulting. He is also a professional vocalist and has performed on television, on radio and at nightclubs. 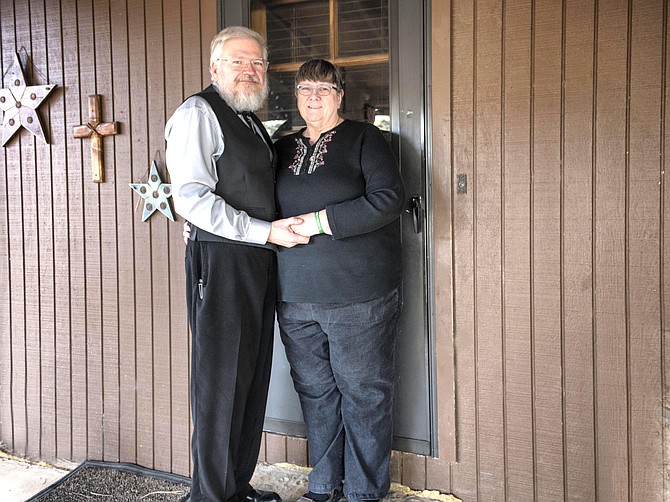 “As a church consultant and revitalizer, a lot of pastors like to come to a new church, wipe the slate clean and redo everything. I like to accentuate the positive, see what’s already in place and then as needs arise try to accommodate those needs,” Lambert said. “I want to provide a stable Christian spiritual gospel message.”

Bonnie Lambert serves as the church treasurer and secretary, among other duties.

“I love it here at the Grand Canyon,” she said. “I haven’t had a chance to catch my breath but I can’t wait to get out into the community. In the past our ministry would help with beginning of school year supplies and back packs. I’m hoping we can do that here as well.”

As a licensed non-denominational chaplain and member of the National Chaplains Association, Lambert has training in emergency response, mental health, firearms chemical agents and tactical support.

“My father was a Los Angeles Police Officer,” he said about his interest in responding and training.

“There are certain men whom God has called to serve smaller churches even though their abilities qualify them to serve much larger churches. They faithfully serve those smaller churches not because they "have to" but because God "calls" them to. Russell C. Lambert is one of those men,” he said.

The Grand Canyon Baptist Church meets on Sundays at 9 a.m. at the Shrine of the Ages. Pastor Lambert can be reached at pastor.russell55@yahoo.com or by calling the church at (928) 638-0757.