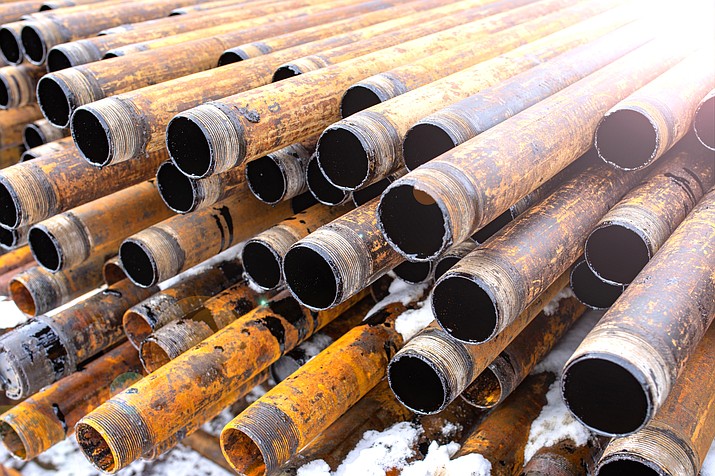 FLAGSTAFF, Ariz. (AP) — An agreement to drop a lawsuit over federal oil and gas leases in eastern Arizona won't do much to stop companies from exploring for helium in the region.

That's because the two companies that won the U.S. Bureau of Land Management leases already have access to other plots of state and private land nearby where they plan to drill and that aren't covered by the lawsuit.

The bureau approved the trio of leases last September in Navajo and Apache counties. The agency later suspended them, citing a lawsuit by environmentalists that accused the agency of failing to adequately analyze the potential impact on local communities, public lands, animals and water resources.

Bureau spokeswoman June Lowery said Thursday the agency hopes to study that issue this year and "is committed to the environmentally responsible development of energy and minerals on public lands."

The parties in the lawsuit filed a joint motion this week in U.S. District Court in Arizona asking a judge to dismiss the case.

"Even though it's a small part of the bigger picture, it's still from an environmental picture, an important win," said Taylor McKinnon of the Center for Biological Diversity, which sued along with the Sierra Club and WildEarth Guardians.

The bureau has had little interest, historically, from the oil and gas industry in leasing land in Arizona, Lowery wrote in an email. That changed in late 2017 as companies began eyeing the eastern part of the state to once again explore for helium. The interest is driven by a shortage in the light, versatile gas used for balloons as well as in aerospace, electronics and the medical field.

The six square miles of federal leases represent a small portion of the land companies looking for helium have secured access to in the region. Two of the bureau leases near Woodruff, about, about 10 miles (16 kilometers) southeast of Holbrook, were sold to Desert Mountain Energy Corp., which has access to about 103 square miles (266 square kilometers).

Neither company had applied for permits to drill, which is when the bureau typically would do an environmental review, the agency said. The leases last 10 years, not counting the time they've been suspended since last October.

Rare Earth Exploration said it also has other work in the area.

"We've got plenty of land to develop out there in the meantime," company President Brad Haycraft said. "It would be nice to get the BLM leases back in play; we're not losing any major sleep."

Environmentalists are not concerned about the helium itself but the extraction methods on land near the Little Colorado River and Silver Creek that is home to threatened species. They say surface and underground water could become contaminated if companies use fracking, a technique that uses a high-pressure mix of water, sand and other chemicals to unlock oil and gas deposits.

The lease sales in Arizona haven't been as controversial as others elsewhere in the western United States.