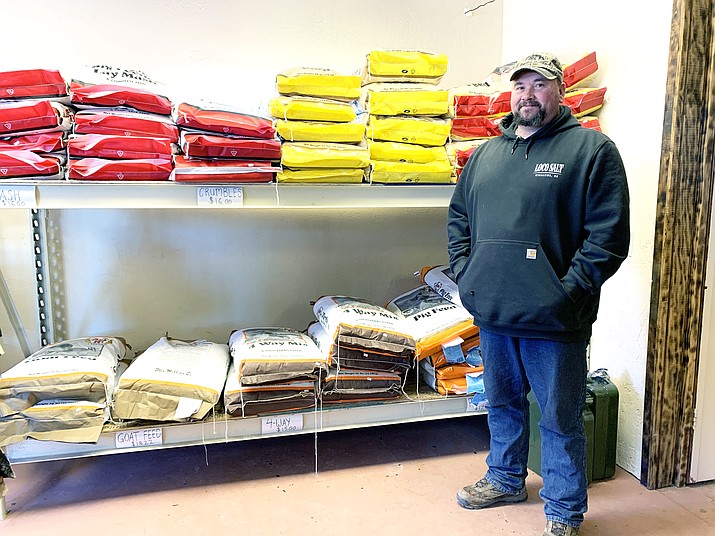 Juniper Creek Outdoors has expanded to include a feed store. (Loretta McKenney/WGCN)

WILLIAMS, Ariz. — Juniper Creek Outdoors in Williams is now offering hay and feed after a recent expansion at their location.

Overfield created a space for a doorway between the stores in order to have one complete store.

Overfield said he wasn’t initially planning on keeping the feed store open, but after being approached by multiple people, he reconsidered.

“I wasn’t really trying to get into the feed store business, it’s not my thing but there were so many people yelling for it that it was like, ‘Ok, we’ll keep it,” he said.

Overfield said the store is currently being stocked with Alfalfa hay from Parker, Arizona.

Overfield is also selling bag food and pellets for horses.

Overfield said the expansion has given Juniper Creek about one-quarter more space than they had with the outdoor store.

Overfield said he is excited about being able to offer products that are needed in Williams.

Overfield has been an outfitter for 22 years in Flagstaff and opened Juniper Creek in August 2017. Since then, the outdoor store has become a hub for hunters, anglers and outdoorsmen from around the state and country, as well as locally.