Proposed law would allow people to work off traffic fine 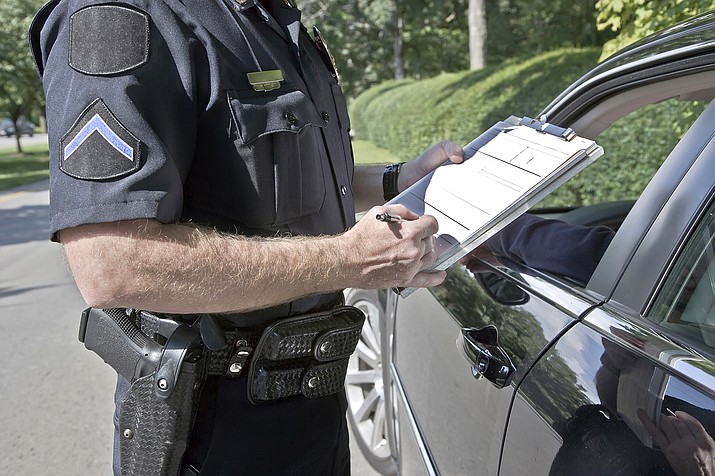 PHOENIX - Arizonans who violate traffic laws could soon get a chance to decide if they're willing to work off at least part of the fine.

On a 6-4 margin Wednesday the House Judiciary Committee approved legislation that lets someone demand to be allowed to perform community service at $10 an hour for up to half of the fine. And HB 2055 would permit judges to allow the entire fine to be waived for additional hours of work.

But the legislation faces an uncertain future -- and a possible legal challenge -- because of the way it is worded.

The measure was crafted by Rep. Leo Biasiucci, R-Lake Havasu City, after a Phoenix municipal judge refused to allow him to work off a citation for illegally parking in an alley. But he told lawmakers that there are others who need similar relief.

"I feel like this is really a great bill that will help those people that are really in need, the mother that has three children, two jobs,'' Biasiucci said. "The last thing we want to see happen is situations were people are getting their car towed for a simple traffic violation because they couldn't afford to pay it.''

"This bill goes to the heart of what restorative justice is,'' she said, a focus on rehabilitation as well as getting offenders to reconcile with the community.

But Craig Wismer, the Avondale justice of the peace, questioned the need for such a law.

He said that he already has the discretion to decide that some offenders facing financial hardship should be offered the option of community service as an alternative to a fine. This measure, Wismer said, removes the ability of judges to decide who should -- and should not -- have that made available.

And Jerry Landau, lobbyist for the Arizona Supreme Court, said the requirement that judges allow people to work off at least half of their fines presents some logistical problems.

In rural areas, he said, there may not be systems set up with organizations that need volunteer help and someone to monitor people to ensure they fulfill their commitment. And that's not all.

"What happens if the person's from California and says 'I want to do it in California'?'' he asked.

The bigger hurdle could be legal.

In reducing the amount of the fine, the legislation also reduces -- or potentially eliminates -- the various surcharges that now are placed on penalties. These range from running the court system to purchasing equipment for police officers.

But it also includes a 10 percent surcharge to fund the Citizens Clean Elections Act, a system that allows but does not require candidates for statewide and legislative office to get public funding for their campaigns if they agree not to take money from special interests.

Tom Collins, executive director of the Clean Elections Commission said those dollars are crucial. He said of the $6.9 million collected in the most recent year available, the vast majority of that came from traffic fines, with the balance from surcharges on other civil and criminal fines.

What makes all that legally important is that the public financing system -- and the method of funding it -- was enacted by voters in 1998. And a constitutional amendment precludes lawmakers from making any alterations unless they "further the purpose'' of the original voter-approved law.

"We are inviting a lawsuit from the Clean Elections Commission to protect what was granted to them by the voters,'' said Rep. Diego Rodriguez, D-Phoenix.

Nothing in the legislation would affect the option that now exists for motorists to have their citations wiped out by attending defensive driving classes. They would still be responsible for paying the cost of those schools.

The measure now need constitutional review before going to the full House.