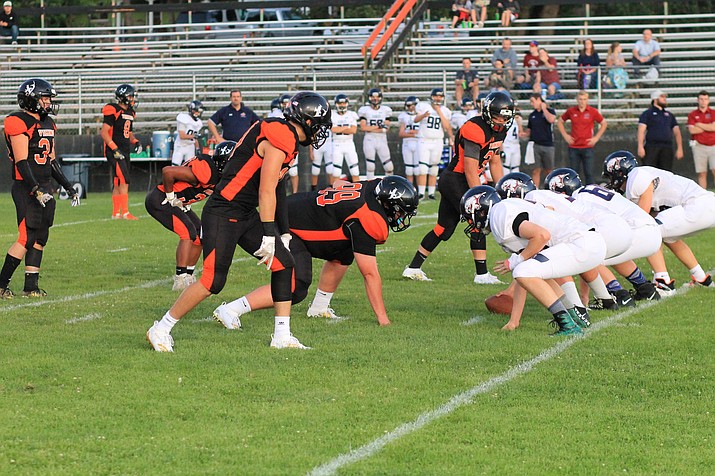 Williams High School will remain in 1A after the recent AIA conference placements. (Wendy Howell/WGCN)

WILLIAMS, Ariz. — After addressing appeals, the Arizona Interscholastic Association announced Jan. 22 conference placements for the 2020-2021 season, with Williams High School remaining in 1A.

New for this year, the AIA based conference placement for 2A to 6A football on a formula weighted on team performance over a three-year average instead of school enrollment. Since 1A football is 8-man, it will remain based on enrollment.

The AIA will also now look at football placements yearly, instead of the typical two-year block. Other sports will remain based on the traditional method of school numbers in two-year blocks.

For football, Williams competes in the 1A North Region along with Mogollon, Joseph City, Mayer and El Capitan.

For basketball, Williams competes in the 1A Central Region with Ash Fork/Seligman, Grand Canyon, Mogollon, Joseph City, Basis-Flagstaff and Mayer.

In other regional teams, Sedona Red Rock High School appealed to move from 2A to 1A for football, but was denied and will remain in 2A.

Camp Verde will remain in 2A for football but moves up to 3A in other sports because of increased enrollment.

Chino Valley remains in 3A for all sports.

Tuba City was placed in 2A for football, but remained in 3A by appeal. Holbrook moved to 2A by the AIA.

The final football schedules will be released by Feb. 20.