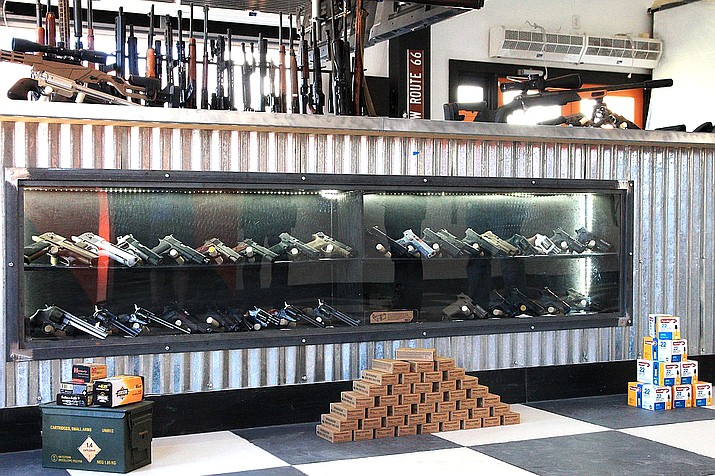 PHOENIX — Background checks for gun purchases in Arizona hit their highest level ever in 2020, driven by an unprecedented convergence of a pandemic, a summer of national unrest and a presidential election, experts said.

There have been 610,911 background checks performed in the state through November and more than 372,912 conducted in 2019, according to FBI data.

Gunfighter Canyon, an indoor shooting range in Williams that sells guns and ammo, also had a dramatic increase in background checks this year.

Nishan Campbell, co-owner of Gunfighter Canyon, opened a new location in Williams in May due to the demand for a local gun store.

“There’s been a huge demand, locally, for people to purchase firearms and ammunition,” Campbell said in May. 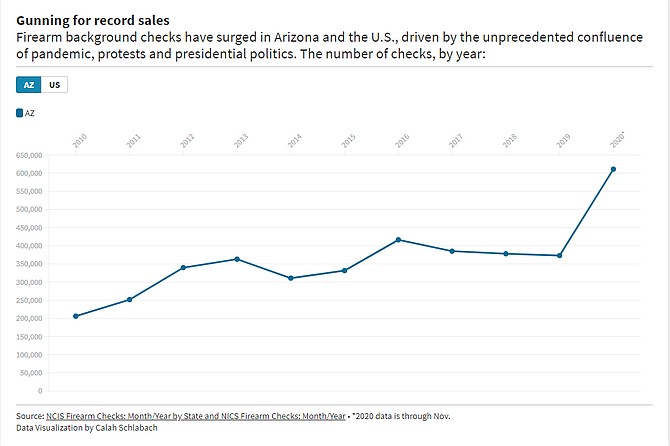 Firearm background checks have surged in Arizona and the U.S., driven by the unprecedented confluence of pandemic, protests and presidential politics. In Williams, Gunfighter Canyon recorded 435 more background checks for gun purchases in 2020 than in 2019. (Data Visualization by Calah Schlabach)

The Arizona spike is part of a nationwide increase, said Kelly Drane, research director at Giffords Law Center, a gun control advocacy group. She estimated there was a nearly 90 percent increase in gun sales nationally from March to October this year compared to last year, with early data indicating a substantial number of purchases made by new gun owners.

In bigger cities, like Phoenix, there has also been a huge uptick in first-time buyers, according to Ammo AZ owner Veerachart Murphy

“Between the election and COVID and shutdowns and riots — it was enough to get them off the couch and come in and actually make their first purchase,” Murphy said.

He said his biggest spike in sales came early this year as COVID-19 began dominating the news, with a 400 percent increase in sales from January to February.

Campbell said their highest months for gun sales at Gunfighter Canyon were April and May followed by November and December.

According to Murphy, sales remained relatively high until another spike in the summer, when clashes between police and protesters were in the headlines.

Campbell said political unrest has contributed to sales at Gunfighter Canyon as well.

“Yes, mostly due to the national conversation of defunding the police,” he said. “People seem to be more aware that safety and security is a personal responsibility.” 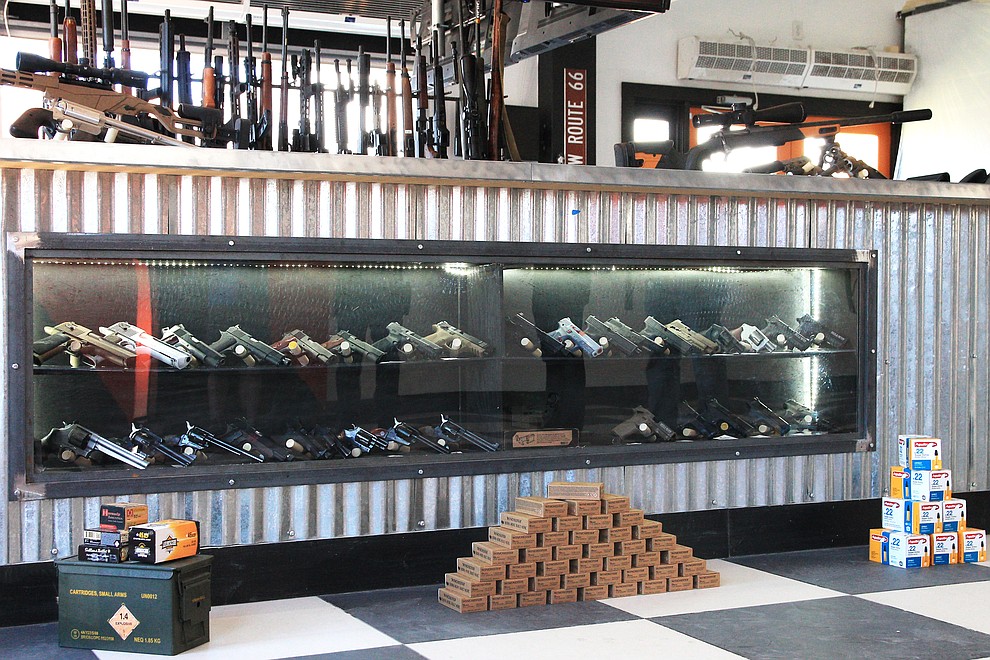 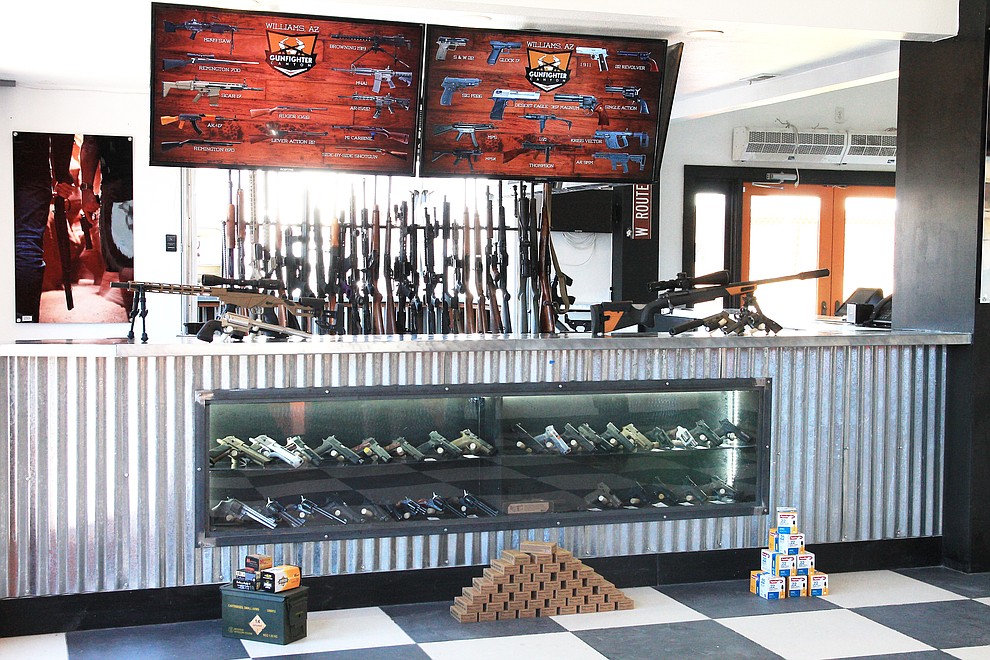 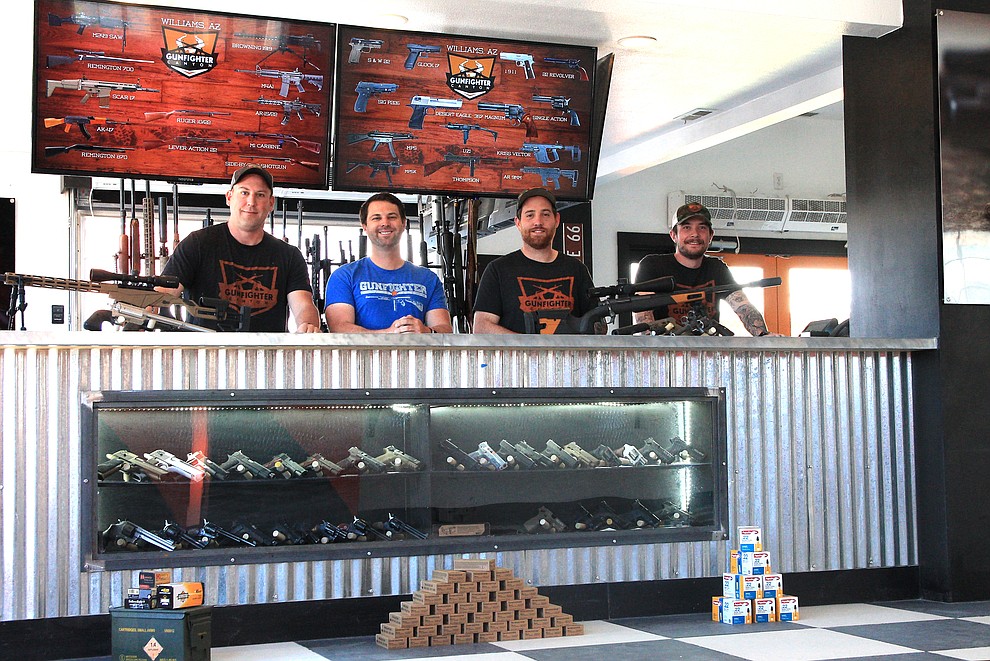 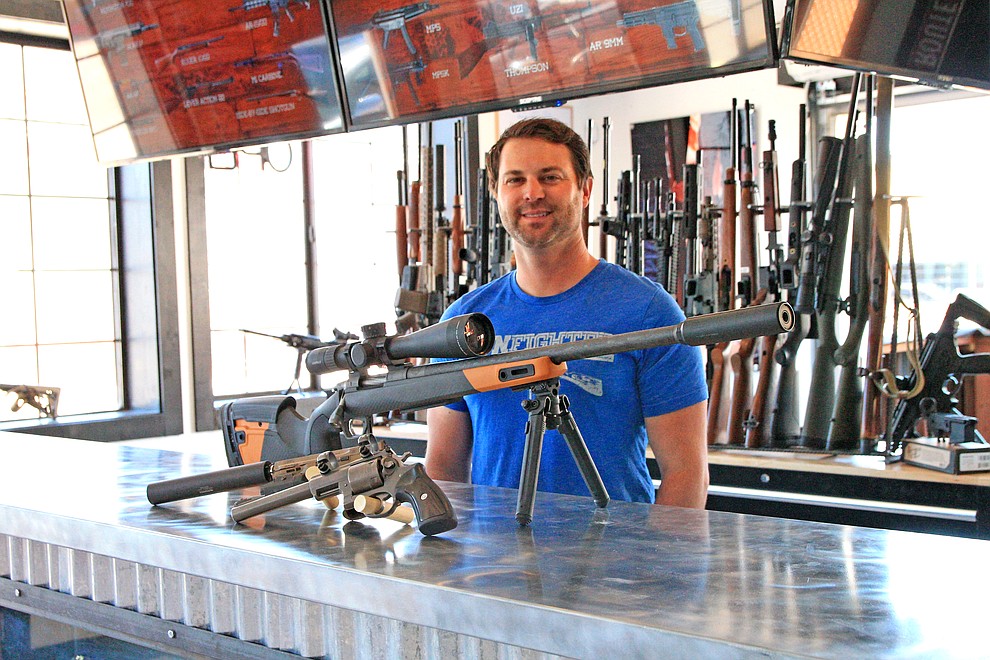 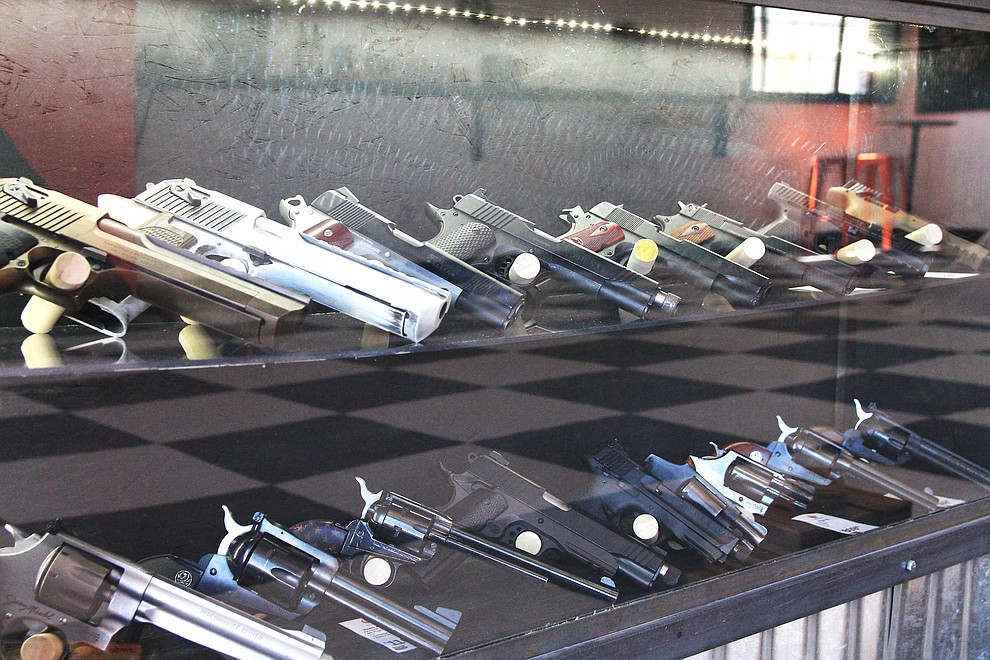 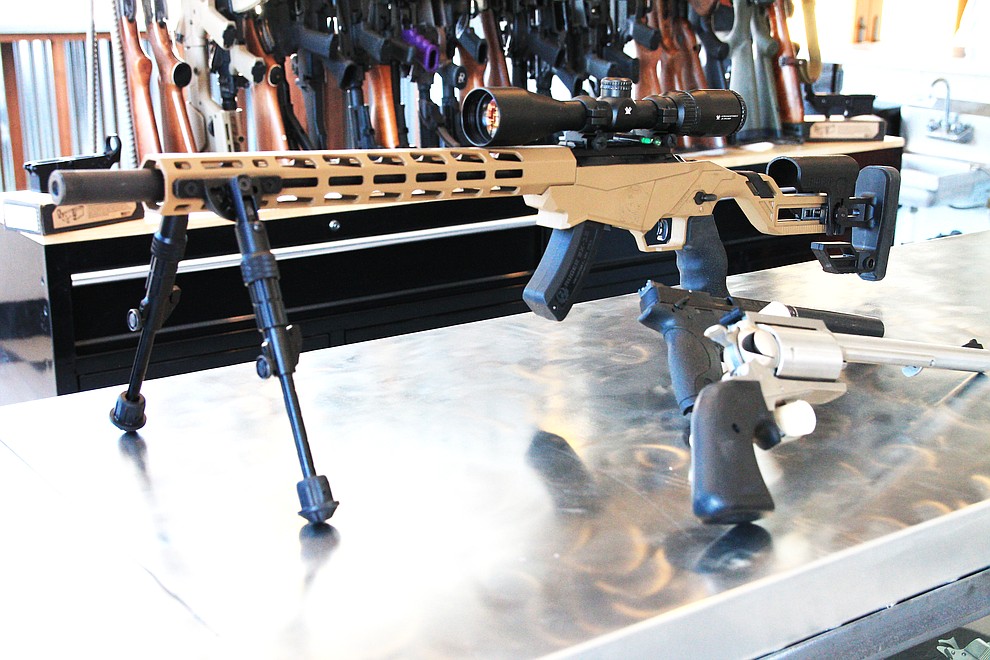 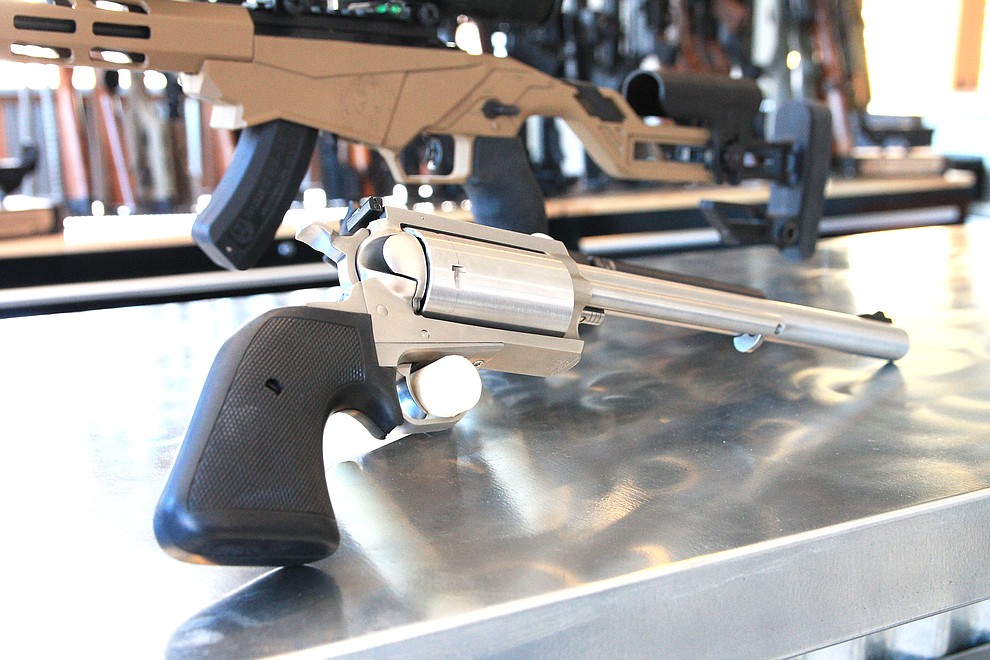 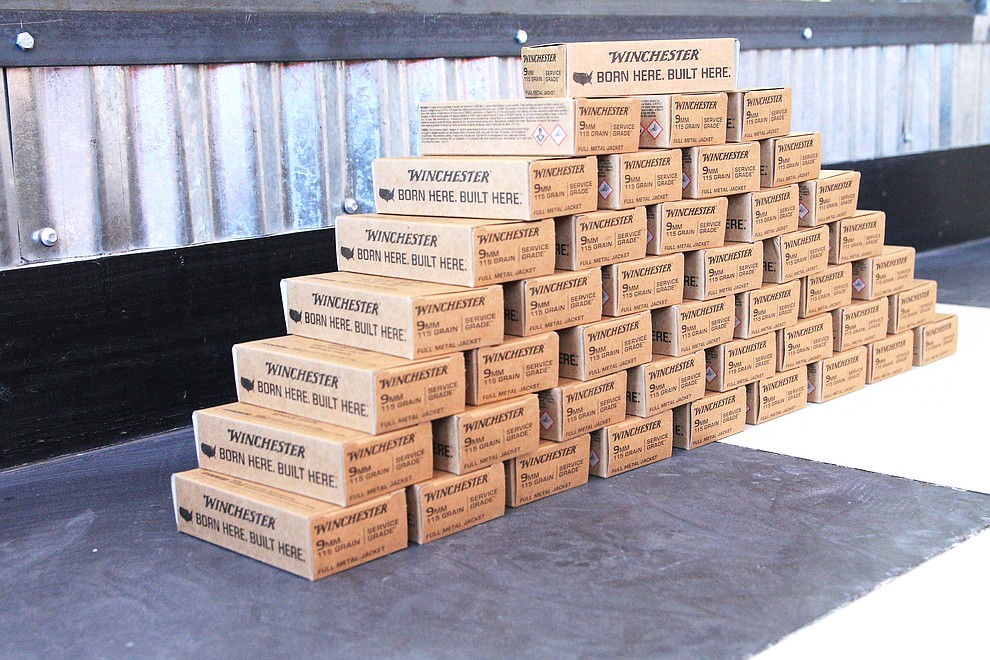 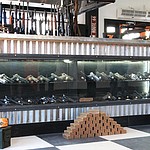 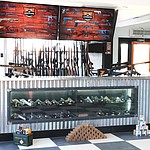 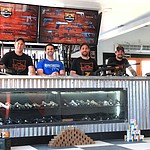 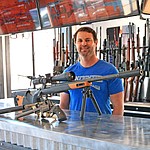 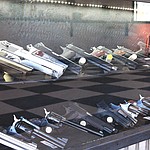 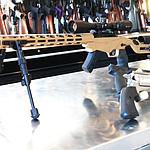 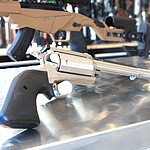 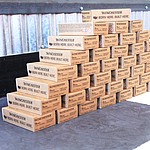 That experience tracks the FBI’s data, which shows that Arizona had the highest number of background checks in March, with nearly 83,000, followed by June and July, which had 74,000 and 60,000 background checks, respectively.

Murphy said he has seen similar spikes since he got into the gun business in 2013, usually after active-shooter incidents or mass shootings — and before the 2016 presidential election when sales jumped in anticipation of a win by Democrat Hillary Clinton. Sales tailed off after gun-friendly President Donald Trump took office.

Sales through November 2020 were already 47 percent higher than in all of 2016, which had been the record for the state.

“It’s almost like the stock market, where something doesn’t actually have to happen to set off this market. It’s the threat of something, or the potential that something happens that will trigger this market,” Murphy said.

With President-elect Joe Biden set to be sworn in Jan. 20, Murphy expects gun sales to stay high, and he expects to double last year’s net sales.

“I think this is going to be it for the foreseeable future with Biden in office. We saw kind of the same thing with Obama in office,” said Murphy, who posted then-President Barack Obama’s picture in his store as Employee of the Month. “That should give you kind of an idea of, of how everybody reacts to … a democratic-controlled presidency.”

During past gun-sale spikes, however, people were buying up AR-15s, thinking they would get taken away after mass shootings or by democratic administrations.

Campbell said AR-15s are still popular, but top sellers at Gunfighter Canyon in 2020 have been handguns.

“Our best-selling firearms are by far smaller pistols designed for concealed carry,” he said. “Modern sporting rifles (also known as AR-15s) were also popular but not nearly as requested as smaller pistols.”

Murphy agreed — people are buying everything.

“It doesn’t matter — whatever you can get your hands on. People are literally buying everything, handguns, rifles, shotguns,” he said. “Everything is going.”

It’s a “hoarding mentality” he compared to stocking up on toilet paper and hand sanitizer at the beginning of the COVID-19 pandemic.

But guns are not toilet paper.

Drane said increased gun sales have coincided with increased gun violence in U.S. cities and more calls to domestic violence and suicide hotlines. Such correlations are well known from previous research, she said, but may be more dangerous during the pandemic — which is expected to worsen this winter.

“The risks posed by these new firearm purchases may be particularly severe when coupled with the risks for gun violence exacerbated by the pandemic, such as economic uncertainty, unemployment, and social isolation,” Drane said. “These conditions have historically been associated with increased suicide attempts and deaths.”

Drane said 90 percent of suicide attempts with a firearm end in death, and domestic violence victims are five times more likely to be killed when their abuser has a gun. With more people stuck at home, she said, domestic violence victims may not have access to supportive services, and with more children at home, there is a greater risk of unintentional shootings with improperly stored guns.

“While the gun lobby uses fear to promote the panic-buying of guns, all Americans should be aware of the risks of having a gun in the home,” Drane said.

At Gunfighter Canyon, there has also been a demand for firearms training and concealed carry permit requests, according to Campbell.

“We are thrilled to see the general public’s interest in group and private lessons,” he said.

Gunfighter Canyon offers a one hour private instruction that can take someone from no firearms experience to proficient.

“We have a 100 percent return rate for a second lesson,” Campbell said. “Having a cadre of personal instructors, all with recent military experience is very helpful.”