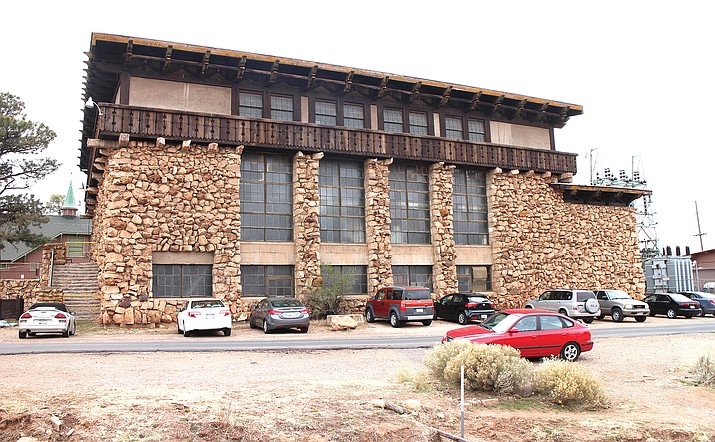 The Grand Canyon’s historical Powerhouse building has been targeted for rehabilitation with federal funding. (Photo/NPS)

GRAND CANYON, Ariz. - A lot has changed on the South Rim of the Grand Canyon since the early 1900s when tent camps and nondescript hotels clustered along the Canyon’s edge, and the Atchison, Topeka and Santa Fe Railway had just completed a line bringing tourists from Williams to the rim.

Although Native American tribes were already aware of Grand Canyon’s splendor, the arrival of the railroad and later the automobile, began bringing visitors to the canyon in droves.

The Santa Fe Railway was instrumental in constructing facilities along the South Rim, and in its first decade was behind the construction of the magnificent El Tovar, and shops, such as Hopi House and Verkamp’s Curios.

Over the years, as visitation has grown and facilities have aged, the list of repairs at the park has become long — leaking pipelines, dilapidated roads, crumbling historic structures, and eroding trails top the list.

As of 2020, Grand Canyon National Park estimates $314 million is needed to tackle the maintenance backlog.

But now, help could be on the way. 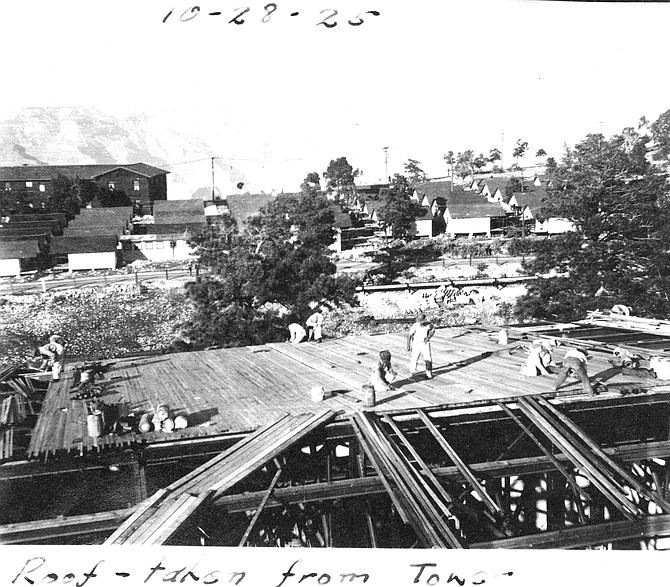 Work begins on the roof of the Powerhouse building at Grand Canyon National Park in 1925. (Photo/NPS)

In August, President Donald Trump signed the Great American Outdoors Act into law, which is designed to address the chronically underfunded, multi-billion-dollar deferred maintenance backlog at national parks and public lands across the United States.

The legislation establishes the National Parks and Public Land Legacy Restoration Fund, which will allocate up to $1.9 billion annually over the next five years for necessary repairs at national parks, national forests, wildlife refuges, Bureau of Land Management lands and Bureau of Indian Education schools. The National Park Service will receive $1.3 billion of that funding each year.

The act also creates permanent funding of $900 million each year for the Land and Water Conservation Fund, which was established in 1965 to provide funds and matching grants for the acquisition of resources to protect natural and cultural sites in the U.S.

The program will be funded with half of all revenues from oil, gas, coal, alternative, and renewable energy development on federal lands and waters that are not already obligated to other needs — up to $1.9 billion per year — over the next five years. Public donations can also be made to the fund.

As facilities developed along the rim in the early 1900s, the need for electric power and steam grew. A small boiler house and pumping plant was built in 1905 to facilitate railroad facilities, but further development at the South Rim necessitated a larger facility. 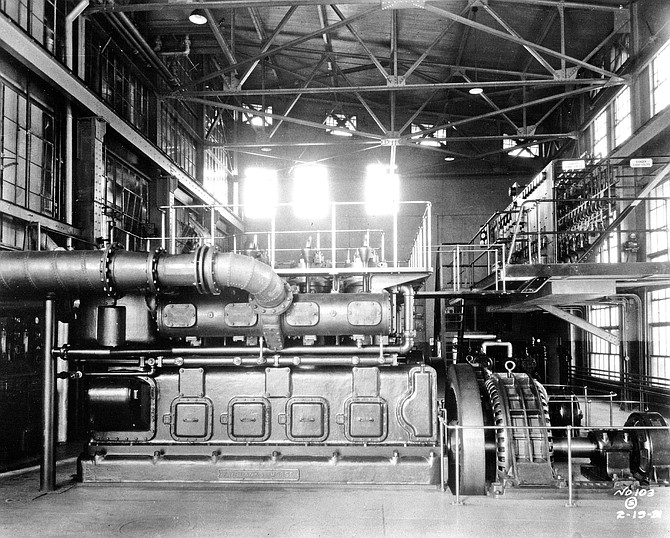 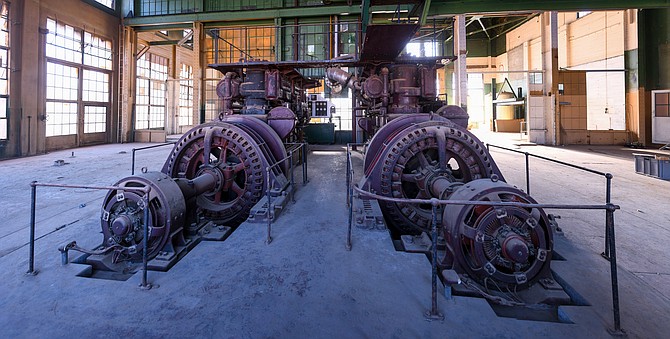 The Grand Canyon Powerhouse was not thoughtlessly built as a sterile utility to serve the needs of the area, but as a carefully designed work of art for the growing South Rim community.

The massive building could have overshadowed the nearby El Tovar and Bright Angel complex, but the unknown architect designed the building using techniques of illusion to scale down the structure and blend it with the natural environment.

The building was added to the National Registry of Historical Places in 1975.

“In a studied and deliberate fashion, the architect has fooled the viewer into believing that the building is actually half its size,” said NPS Architectural Historian Laura Soulliere Harrison in her nomination form to the National Registry.

The building was designed in a Swiss chalet style using Trompe l’oeil effect with purposeful overscaling of the windows, balcony, eaves and exterior stones that result in the building looking considerably smaller than it is, Harrison said.

The architect took familiar details of a Swiss chalet and nearly doubled them in size. The upper windows are six feet high, but the viewer perceives them as being half that height.

“From a distance the viewer sees the balcony and presumes how easy it would be to stand there elbows on the top railing to lean out and look at the railroad yard below,” Harrison said. “In fact, though, the balcony railing is five feet high, making it far more suitable for resting chins than elbows.”

The architect also banked the building into a small rise, further decreasing the building’s mass when seen from the east, south and west.

Stone for the building was acquired through a local quarry, which helps it blend into the park’s natural setting, as well as links it to many other National Park Service buildings on the South Rim.

All of the original equipment that was used to provide power to the entire development at the South Rim of the Canyon remains in the building.

The Santa Fe Railway gave some of the original drawings of the buildings to the National Park Service, but the set is not complete and little is known about the architect or construction. 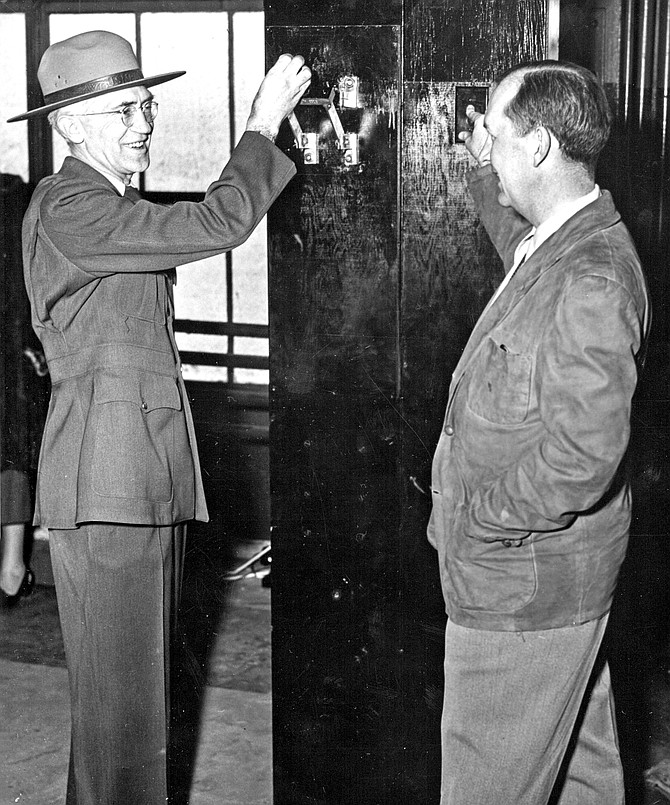 In 1954, the power plant transferred ownership from ATSF to the National Park Service. The Fred Harvey Company continued to operate it until 1956 when Arizona Public Service brought power lines to the Grand Canyon.

The powerhouse operations shut down permanently that year and the 160-foot smokestack that was visible from the North Rim was removed.

What about other needs?

Although the Powerhouse building was one of the first in line for money from the National Parks and Public Land Legacy Restoration Fund of the new Great American Outdoors Act, the Grand Canyon has numerous roads, trails and historic structures in need of repair.

When asked about the selection of the building under the new Act, Grand Canyon National Park managers implied one reason the project was selected was because it was far enough along in the scoping and planning to be ready to be implemented in 2021.

“Project activities that would substantially reduce deferred maintenance were also an important factor in an activity being considered in the program’s first year,” the NPS said.

The park service said many other evaluation criteria were used in the decision making including the cost to maintain facilities over time and opportunities for public-private partnerships that would leverage federal funding with private dollars.

“This project will address deferred maintenance on the historic Powerhouse building and supporting infrastructure,” the NPS said. “Specific project plans are still under development. Until contracts are awarded, NPS won’t have a specific construction timeline or cost information.”