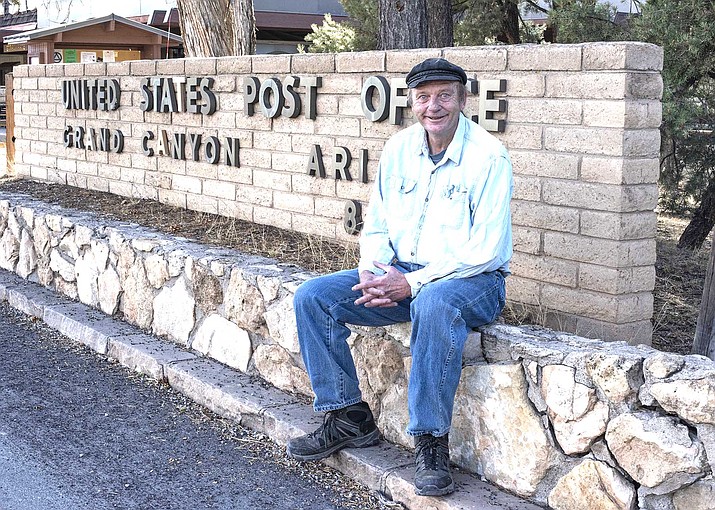 David Diver has worked as a contractor for the U.S. Postal Service, delivering mail to Grand Canyon Village, Tusayan, Parks and Williams for more than 40 years. (V. Ronnie Tierney/WGCN)

A lot of hard-working hands go into the process of ensuring mail is delivered to Grand Canyon Village and Tusayan, but there’s one valuable component you’ll probably never see, that is, unless you happen to run into him on the Bright Angel or South Kaibab Trails.

Working as a contractor for the U.S. Post Office since 1978, David Diver, who lives in Flagstaff, kicks off each day before sunlight to begin his mail delivery to Parks, Williams, Tusayan and Grand Canyon.

“I roll out of bed at 4 a.m. and my wife makes me breakfast,” he said. “My first stop is the Flagstaff Post Office, then Parks, on to Williams and from Williams to Tusayan and the Grand Canyon Village.”

Traveling about 225 miles a day, Diver purchases a new truck about every six years.

“When my truck pushes 400,000 miles I buy a new one,” he said. “I work five days a week and have a relief driver for Saturdays and vacations.”

In his lag time during his rounds, Diver hikes the Bright Angel and South Kaibab Trails.

“I hike the Canyon twice a week no matter what the weather is like,” he said. “It’s a very spiritual place for me and I spend time praying in the stillness.” 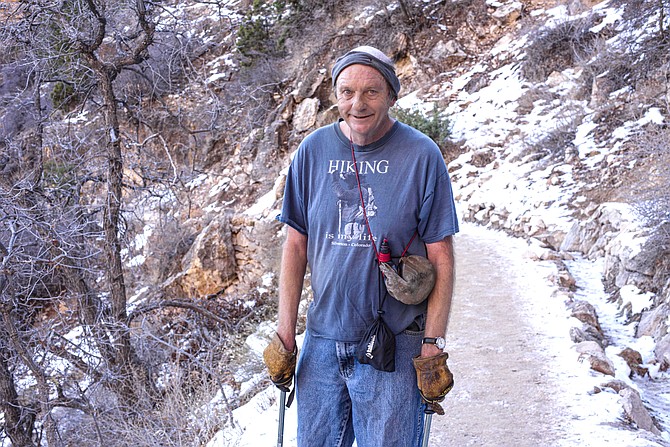 Born in Albuquerque, New Mexico Diver’s father was a Lt. Colonel in the U.S. Army, who graduated from West Point.

“I was an Army brat so we lived all over the country,” Diver said. “We lived in Coco Beach, Florida, Oklahoma, Alaska, Colorado Springs and eventually Tucson.”

Diver’s mother also served in the Army as a colonel in the United Service Organization (USO).

It was in Alaska that Diver claims he started to appreciate the great outdoors.

“We built tree houses in the woods and sometimes we couldn’t leave until the buffalo herd would clear out,” he said. “Alaska made a real impression on me.”

As a child, Diver and his family traveled through Flagstaff and the Grand Canyon. It was during this trip that he became infatuated by the area and said he prayed he would come back some day.

Diver did return, to attend Northern Arizona University, where he earned a degree in philosophy in 1976.

After graduation Diver worked at a gas station in Flagstaff and was hired as a relief driver for the post office. Soon after he took over the route, becoming the Star Route mail contractor for USPS.

“David and I knew each other since the late 1970s,” said retired postal worker Paul Richardson. “I think he’s a brilliant man and he has a sharp mind. He probably has a higher IQ than most people I know. He taught me a lot about chess and we’ve had some great theological discussions.”

Diver said that over the years, his route has not changed much, although his deliveries have.

“The Grand Canyon route is the same,” he said. “Williams has probably doubled and Parks has gone from one mail sack to two parcels to a couple cages – its grown a lot.”

“Dave has been a contract driver for 30 plus years, he’s always on time and very dedicated to no matter what the weather conditions are,” she said. “He drops the mail here at 7:05 a.m. for the Grand Canyon, then picks up the mail at 2:45 p.m.”

In between those hours, Diver can be found hiking the Canyon or reading. At one time, he even played the piano at the Grand Canyon Recreation Center.

It was in 2005 that Diver started hiking the Grand Canyon regularly.

“I was a little over weight at the time and it would take almost two hours just to hike to the second tunnel on Bright Angel Trail,” he said.

“I’m now up to four miles in two hours,” he said. “Smartest thing I’ve ever done and I’m in better shape now then in my twenties.”

Diver’s wife, Laurie, said her husband is a hard worker, who always puts 100 percent into whatever he does.

“(Dave) always tries to be on time,” she said. “The whole military upbringing instilled in him strong work ethics and his family was also into hiking and would make it a priority on vacations.”

Diver said what he loves most about his job is being able to work and hike at the Canyon.

“I probably wouldn’t be doing this as long as I have if it wasn’t for the Grand Canyon — besides my basic psyche is suited for the job,” he said.

“As long as I keep my mail schedule and don’t break any laws, I can do side contracts,” he said.

“People who don’t get in the habit of sleeping will burn out,” he said.

The Divers have three sons and one daughter.