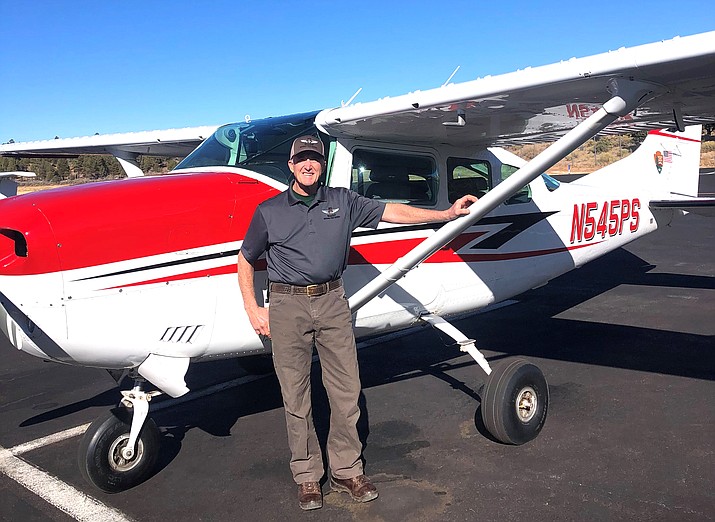 Galen Howell was selected as the 2020 NPS Aviator of the Year. Howell serves as the only fixed wing pilot for Grand Canyon National Park. (Photo/Williams-Grand Canyon News)

This award recognizes an individual who has performed mission(s) of significant consequence and valor or has actively promoted the advancement or recognition of an NPS aviation program, mission or service. This award is given to one individual, once a year.

Howell has served the NPS for 12 years as an FAA certified flight instructor and Department of the Interior (DOI) mentor pilot for the NPS Developmental Pilot Program.

He is an experienced and trusted pilot who provides basic and advanced flight operations training for new and experienced pilots. His skills and judgement have been called upon by the NPS National Fleet Aircraft and Pilot Specialist to determine a pilot’s ability to fly in the challenging environments found in the national parks.

In addition to providing critical mentoring and training to NPS pilot and pilot-candidates, Howell teaches and provides mentoring to non-pilots under the DOI Pinch-Hitter course.

“Howell’s continuous promotion and advancement of the NPS aviation program is above and beyond the standard pilot position and is a tremendous benefit to the NPS,” Buehler said.