From the editor: An unexpected journey 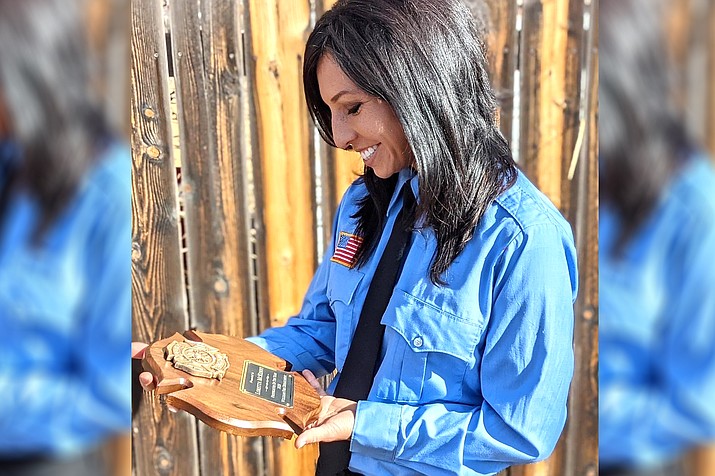 Often our journey through life can lead to unexpected places.

When I left my hometown, I never intended to return. It wasn’t that I didn’t enjoy my childhood, my friends or my family. I wanted to be on my own, exploring the world and having adventures and I was certain that wasn’t going to happen in Williams, Arizona.

Little did I know that 13 years later I would find myself in the back of a fire engine with lights and sirens at full blast, my heart racing, speeding toward a fully engulfed semi fire on Interstate 40.

I had traveled the globe, jumped out of airplanes, been diagnosed with a tropical disease in the Philippines, spent time as a missionary in Kenya and Guatemala, tried my hand as a sailor in Alaska, backpacked Europe and laid on the beaches of Costa Rica before returning to Williams to find the thrills I sought elsewhere.

You see, when I was little I wanted to be one of two things when I grew up — a journalist reporting on international border issues or a rodeo clown. Either would do, I wasn’t picky.

Being a firefighter never crossed my mind. Maybe it was because I was never exposed to firefighters growing up or maybe I thought it was something reserved for heroes only.

As an adult, my interactions with firefighters was limited. I appreciated what they did and respected them for doing it, but never thought it was something I was qualified to be a part of — they were part of a rare brotherhood.

In 2018, I was asked to write an article that would alter not only my point of view, but also my trajectory in life.

You see, I accomplished my childhood dream. I left home and did the work to become a journalist — reporting on the Navajo and Hopi reservations and at Grand Canyon National Park before becoming the editor for Williams-Grand Canyon News.

The article I was asked to write was about volunteer firefighters or rather the lack of volunteers.

I interviewed local fire chiefs and did my research, presenting facts, figures and interesting quotes. As I worked into the night to meet my deadline, a realization hit me — why couldn’t I volunteer? Here I was making a desperate appeal to the community to step up and yet, I was qualified, available and capable. Why couldn’t it be me?

The next day, I spoke to the assistant chief and he gave me an application to complete. One week later, I walked into the department in my high heeled boots and skinny jeans and sat nervously waiting while department members made small talk and asked me a few questions.

I was told they would need to put my application to a vote and was asked politely to wait outside.

Several weeks later, I found myself bouncing down a dirt road, desperately working to get my gloves and helmet in order as we responded to an airplane crash off Airport Road.

That was two years ago and it’s been a ride ever since.

Realizing that I didn’t come from a medical or first responder background, my training with the department began in earnest and hasn’t stopped.

In the last two years, I’ve completed an in-house Fire I and II course, attended a Women and Wildland Fire Bootcamp put on by the U.S. Forest Service, participated in a vehicle extrication and stabilization class at Arizona State Fire School, become certified as a hazmat responder, passed an EMT class at the community college and received certification from the state of Arizona as a firefighter.

It hasn’t been easy, but it’s been worth it.

As volunteers, everyone on the department has other obligations. I’ve continued to work full time as the editor of Williams-Grand Canyon News and the Navajo- Hopi Observer and last year I married the man I love and started a new chapter in my personal life.

Firefighting has helped fuel my desire to serve my community and challenged me to be a part of something bigger. Those on the department have become my friends and my family.

Williams Fire has salty old firefighters and eager young bucks who have laid out their expectations and shared the secrets to becoming a successful firefighter. Together we’ve responded to 3 a.m. smoke alarm calls, fought to extinguish blazes on the side of busy intersections, driven fire engines in parades and taught school children Stop, Drop and Roll. We watch each other’s backs and share in one another’s lives.

Being named Firefighter of the Year for Williams Fire is an honor. Our department is filled with qualified and talented individuals who deserve to be recognized.

They serve day in and day out, taking time away from full-time careers, families and hobbies in order to respond to calls and attend trainings, all in the name of keeping our community and highways safe. They love what they do and I’m proud to be counted among their ranks.

Loretta McKenney has served as the editor of Williams-Grand Canyon News since 2016. She became a volunteer with Williams Volunteer Fire Department in 2018.